One shoplifter caught by police after trying to steal $1,065 worth of Advil, Aleve and Tylenol at Metrotown Superstore
Apr 13, 2021 3:57 PM By: Cornelia Naylor 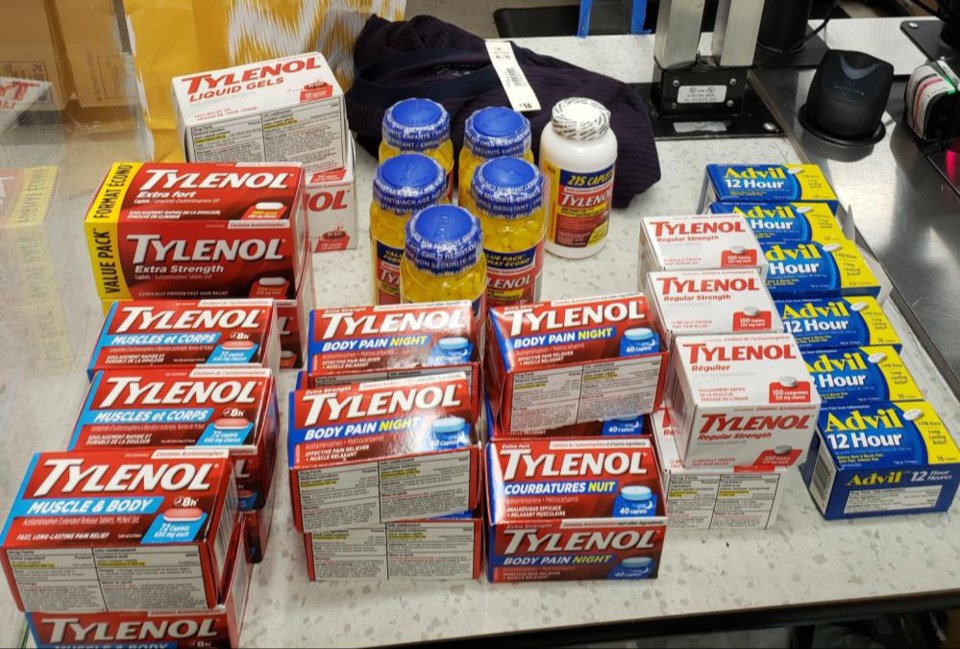 A 34-year-old man was caught after trying to steal $1,065 worth of Tylenol, Advil and Aleve from the Metrotown Superstore last month.Burnaby RCMP

An RCMP anti-shoplifting initiative created serious headaches for a Burnaby shoplifter caught after trying to steal $1,065 worth of Advil, Aleve and Tylenol last month.

On March 16, the 34-year-old man had left the Metropolis at Metrotown Real Canadian Superstore with $572.19 worth of Tylenol and Advil he hadn’t paid for, according to Burnaby RCMP.

When police approached, he dropped the drugs and took off, they said.

But he returned the next day, according to police, this time trying to make off with $492.85 worth of Aleve and Advil.

This time he was caught.

His was one of 46 arrests made during a four-day “Boost and Bust” blitz at the Metrotown mall from March 16 to 19, according to an RCMP news release.

The initiative resulted in the recovery of $4,800 in property, according to police.

In all, 27 offenders face charges related to the blitz.

“Shoplifting and theft negatively affect our entire community,” Burnaby RCMP spokesperson Cpl. Mike Kalanj said in the release. “By arresting prolific offenders and disrupting this type of criminal activity, we have eased the concerns of many people and businesses in our community.”