Arrest made in Burnaby-area robbery spree 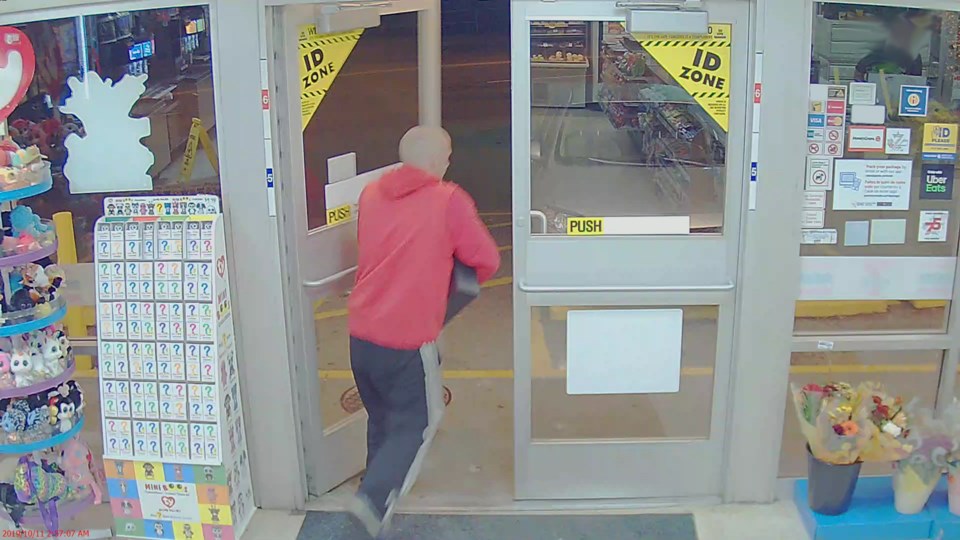 Security photo from Oct. 11 shows a suspect fleeing a convenience store while holding a cash till.Contributed

Coquitlam RCMP said the arrest was made with “close co-operation” with four different police departments.

“In Coquitlam, we had four files in rapid succession where the suspect went straight for the cash registers. We quickly realized our files were similar to crimes happening in Langley,” said Cpl. Michael McLaughlin with Coquitlam RCMP.

“We pooled our resources with Langley RCMP, Burnaby RCMP and New Westminster Police [Department], and by Oct. 19, we had identified a suspect and made an arrest.”

“We’re looking for patterns all the time,” McLaughlin said. “And we’re constantly working with other local RCMP and municipal police departments to find those crime patterns. We’re all on the same team.”

Muirhead is scheduled to return to court in Surrey on Nov. 15.