Beavers at Burnaby Lake have been chewing down trees and taking out power lines.
Nov 28, 2013 4:19 PM By: Jennifer Moreau 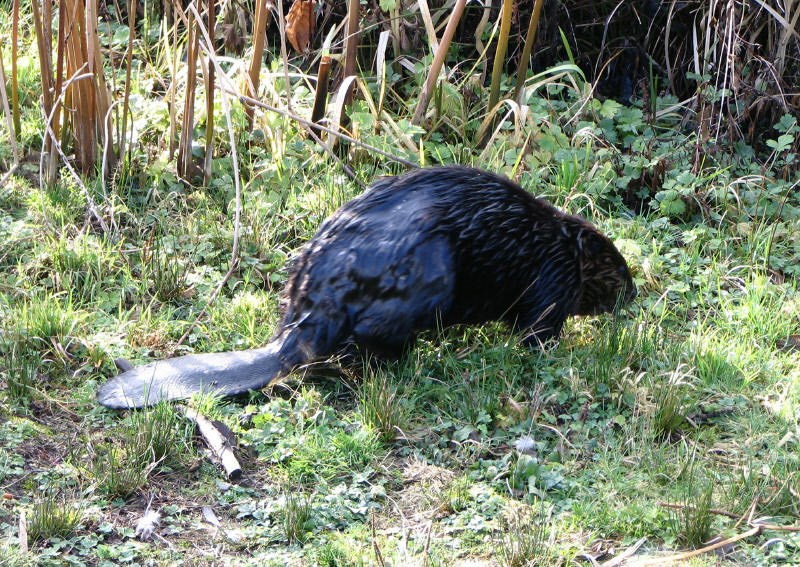 Beavers at Burnaby Lake have been chewing down trees and taking out power lines.Contributed photo/BURNABY NOW

Burnaby has had three recent power outages in the Burnaby Lake area, and beavers appear to be the culprit. The most recent outage was on Wednesday and lasted about eight hours but only affected 30 B.C. Hydro customers, mostly businesses.

"Obviously, beavers are doing what beavers do, chopping down trees, and they are falling on the power lines," said Adrian Nelson, communications director for the Association for the Protection of Fur Bearing Animals.

Nelson said there is a "very large" beaver population at Burnaby Lake, and his solution is to wrap the base of trees close to the power lines with wire mesh.

"That's enough to stop them from chewing through it," Nelson said. "It's quite simple: If you don't want beavers chewing down trees, you don't let them around the tree."

Nelson is not suggesting that every tree in the forest be wrapped - just the ones that are close to the power lines, and he said his association is willing to provide the labour to do it.

"The Fur Bearers are more than happy to wrap the trees. We help a lot of municipalities with beaver issues," he said. "We can bring out a crew of volunteers and wrap up some trees."

While some cities trap and kill nuisance beavers, Nelson said Burnaby has done a good job of using alternatives.

"Burnaby has been very proactive, and I do have to give them credit for that. They don't trap and kill," he said.

The area where the beavers are bringing down trees and knocking out power is to the west of the lake, close to the Burnaby Lake Sports Complex. The City of Burnaby is responsible for overseeing the green space west of Burnaby Lake Park, but no one from the city was available for immediate comment.

Alan Taylor, a Metro Vancouver supervisor who's responsible for Burnaby Lake park, wasn't aware of the recent beaver and power line problem, but he said his staff already wrap trees.

"We will wrap trees to try to keep them out of the area, and it's basically monitoring, because when they can't get into an area, they'll try to move to another area," he said.

"Sure," he said, with a laugh. "Generally you don't hunt and trap beavers, if you take a pair of beaver out of the area, you're going to have another set move in," he said, adding they are territorial.