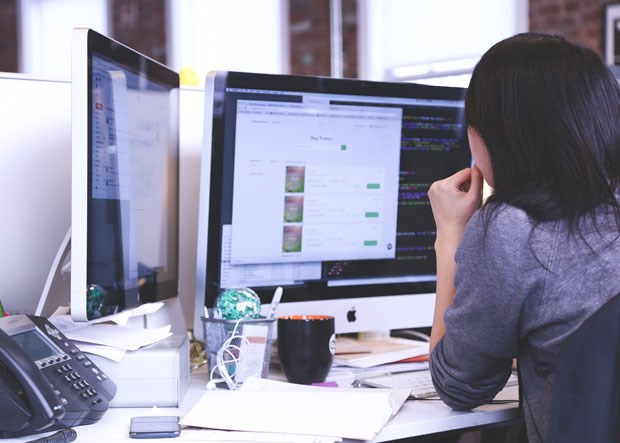 The economic impact of COVID-19 could shrink B.C.’s economy by between 7% and 12% this year.

An "optimistic" scenario at the low end of that range would dwarf the economic impact B.C. experienced during the Great Recession of 2008-09, and surpass the declines in growth and employment brought by the brutal 1981-82 recession, according to the Business Council of British Columbia (BCBC).

In a new report released Friday, BCBC economists note that the province could lose 500,000 jobs by the end of the second quarter. They expect tens of thousands of businesses to declare insolvency or close permanently, and fear that some industries will suffer lasting damage as a result of the global pandemic.

The council's projections include two economic scenarios for British Columbia as governments, businesses and households struggle with the social and economic consequences of the COVID-19 outbreak.

The first is an "optimistic" projection, which forecasts a contraction in real gross domestic product (GDP) of 7.3% this year – or between 6% and 8%, given the present situation’s high degree of uncertainty.

A decline in growth of 7.3% represents an $18.3 billion reduction in the total value of B.C.'s economic output for 2020. Under the scenario – calculated by aggregating growth projections industry by industry – the province's air transportation, tourism and hospitality sectors continue to suffer the most. BCBC expects output in these sectors to fall by around 40% this year.

With the suspension of events and sports games, B.C.'s arts, entertainment and recreation industry is projected to collapse by 60%. A big decline in the motion picture and sound recording industries – a drop of 33% – is also assumed, and output could fall further if the Canada-U.S. border remains closed throughout 2020.

All told, the impact creates a “deep economic hole” BCBC says most measures announced by provincial and federal governments fall short of filling. It also assumes that significant portions of B.C.'s service economy will remain locked down for at least eight weeks

The second scenario – BCBC's "pessimistic" projection – sees the economy shrinking by more than 11% this year – a $45 billion reduction in real GDP as business shutdowns last longer.

That scenario, BCBC says, would be beyond anything the province has experienced in the last 70 years.

"It is possible we are too pessimistic. Some or even most business activity may resume sooner than we believe. And perhaps governments will do more to prevent otherwise viable businesses from going under during the crisis," wrote BCBC report authors Jock Finlayson, executive vice-president and chief policy officer, and Ken Peacock, vice-president and chief economist.

Peacock called the federal government's decision to increase its wage subsidies to small and medium-size businesses a "game changer" that will help businesses cope with significant reductions in revenue. But the measure does not change the fundamental issues wracking economies around the world.

The report expects a "very weak" global backdrop to weigh on B.C.'s growth, and "shell-shocked" consumers to reduce their spending.

The full report from BCBC – complete with industry projections and information about how they were calculated – can be read here.