The interesting publicity comes at a difficult financial time for the corporation
Nov 20, 2020 4:10 PM By: Stefan Labbé 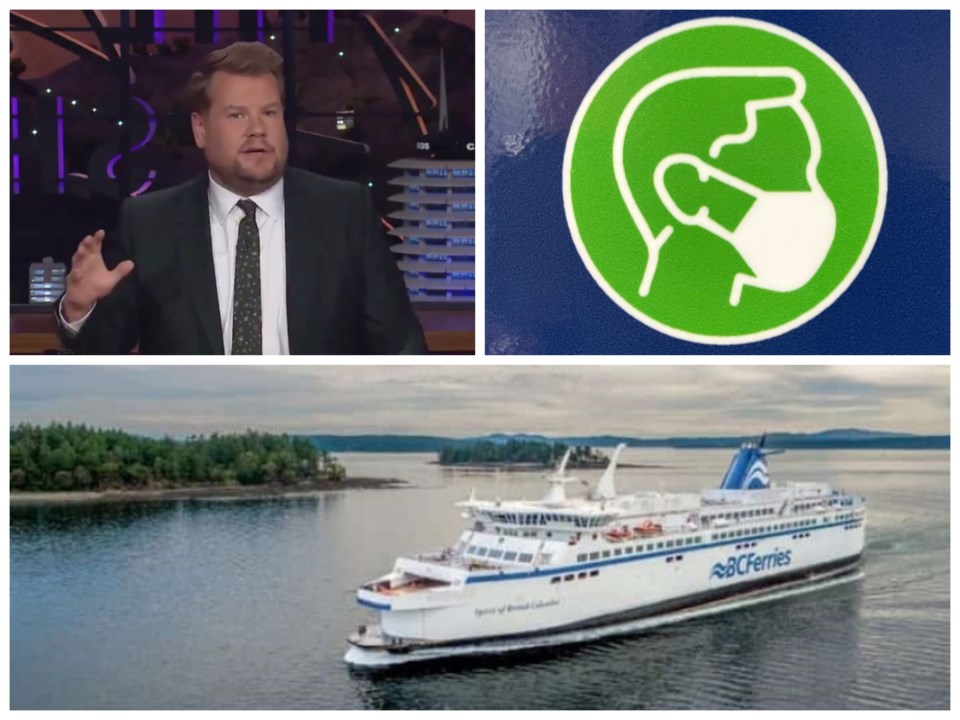 New B.C. Ferries signage meant to encourage mask use aboard its vessels continues to have a bumpy launch, after a rather phallic interpretation of the sign picked up traction on social media, and now, a popular U.S. late night show.

The Late Late Show with James Corden aired a segment on the sign tweeted out Thursday, with the host quipping, “I mean, talk about graphic design.”

Is that a "mask required" sign or are you just happy to see us? pic.twitter.com/BTALAfq9dF

The eye-catching sign, unfortunately, will do little to boost ridership at a time when health officials have called on British Columbians to limit their movement to essential travel only until at least Dec. 7.

On Friday, BC Ferries released its second quarter results ending Sept. 30. Net earnings for the company during the period dropped $57 million — to $37.8 million last quarter from $95 million over the same period last year.

“COVID-19 continues to have a significant impact on the ferry system as we navigate through what is now the new normal with our employees, our customers and all British Columbians,” said BC Ferries president and CEO Mark Collins in a written statement.

In a press release, the corporation said revenue for the quarter ending Sept. 30 was down $81.7 million year-over-year, and revenue for the six months leading up to that date was $385 million, down $190.7 million over the same period the year before.

This month, the company reached an agreement with the province for a $308 million safe restart funding program. Due to the impact of the pandemic, the corporation is now reviewing all its capital plans in order to defer expenditures not necessary to uphold regulatory requirements, safety, security and basic operation of services.

“It’s imperative that we scrutinize everything we do to preserve the long-term sustainability of the ferry system in the public interest,” said Collins.