Burnaby arena celebrates 55 years as city plans to replace it

“To keep a boy out of hot water, put him on ice.” Those words can be found on an old notice about the Burnaby Lake Arena that’s been home to the Burnaby Minor Hockey Association.
Oct 25, 2020 9:35 AM By: Chris Campbell 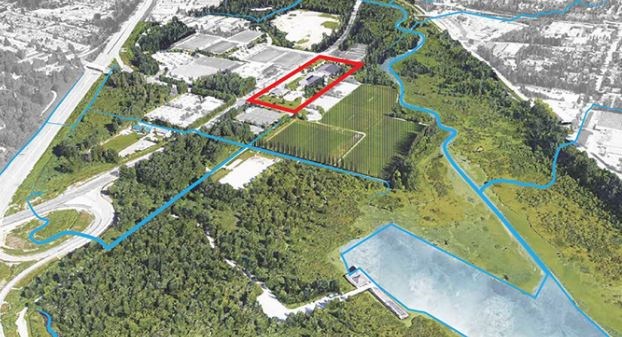 This aerial image shows where the construction of a replacement pool and arena will be constructed at the Burnaby Lakes Sports Complex.City of Burnaby

Those words can be found on an old notice about the Burnaby Lake Arena that’s been home to the Burnaby Minor Hockey Association.

The association used that as a calling card back then to parents to keep their boys out of trouble.

The arena, hockey and the association have done that and more over the years.

It’s been a beloved home to skaters of all ages over the years, including this writer who grew up a five-minute bike ride away.

But that’s all history. What the future holds is something far different, but equally exciting.

“The goal is to design the best-possible facility to meet the community’s needs today and into the future,” says a statement by the City of Burnaby. “Designed and built in the early 1960s, CG Brown Memorial Pool and Burnaby Lake Arena have reached the end of their useful life. They no longer meet today’s public expectations for civic amenities.”

Happy 55th Birthday to the Burnaby Lake Arena! Many Burnaby families have fond memories associated with the arena — and we look carrying on that legacy with the construction of a new arena and pool facility, beginning in 2021. Learn more: https://t.co/G3068orwOn pic.twitter.com/sXNhzPPcFX

One figure listed by the city has the project cost pegged at around $158 million.
The project development, feasibility and design work for the new facility is expected to take approximately 18 months, taking us through 2020. The project budget is being developed during this phase.
Construction is expected to begin in 2021, with completion in 2024.

After putting together a needs assessment, this is what the city expects in the new project:

These facilities would be in addition to Bill Copeland Sports Centre, which will remain on site and be integrated within the new development.