Burnaby parents will hear more details about the school district’s back-to-school plan before Aug. 26. Education Minister Rob Fleming announced Wednesday that “most students” in the province would return to school on Sept.
Jul 31, 2020 8:51 AM By: Cornelia Naylor 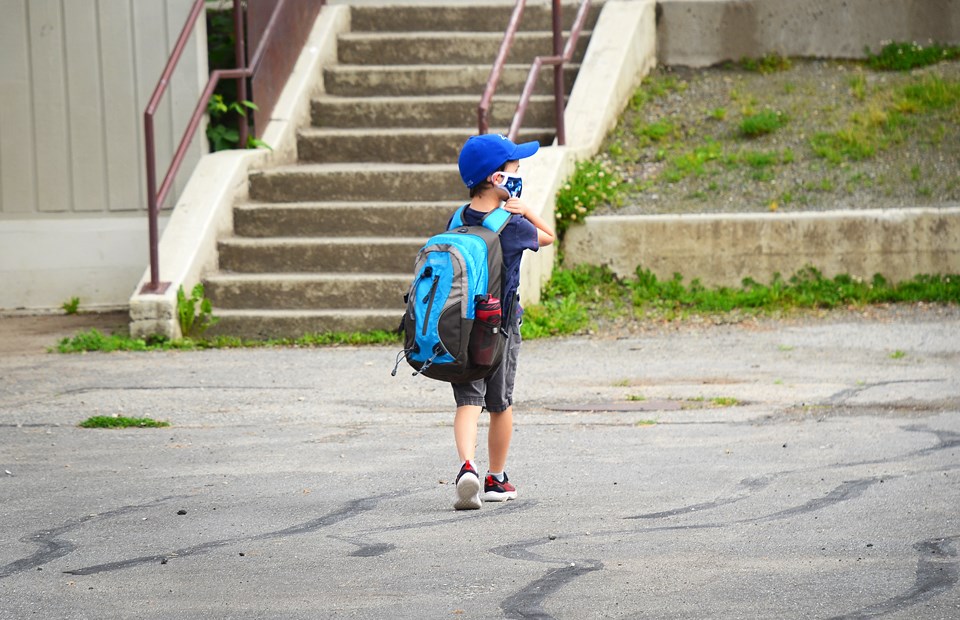 A Sperling Elementary School student heads back to school on June 1, three-and-a-half months after in-class instruction was suspended because of COVID-19.Cornelia Naylor

Education Minister Rob Fleming announced Wednesday that “most students” in the province would return to school on Sept. 8 with measures in place to prevent the spread of COVID-19.

What exactly that will look like will vary somewhat between school districts, Fleming said, and the province is giving local school officials until Aug 26 to communicate the details to their communities.

In broad strokes, the provincial plan – announced by Dix and provincial health officer Dr. Bonnie Henry at a news conference – will see students divided into “learning groups” or cohorts that will be capped at 60 students for elementary and middle schools, and 120 for high schools.

The province is defining a learning group as “a group of students and staff who remain together throughout the school quarter, semester or year and who primarily interact with each other.”

The idea, Henry said, is both to minimize the risk of COVID-19 transmission and to provide for easier contact tracing in the event a case is identified.

Dix also announced an extra $45.6 million provincewide for enhanced health and safety measures, including more cleaning, the hiring of more cleaning staff, additional hand-washing stations and the provision of reusable face masks for teachers and students on request.

In a letter to parents Thursday, Burnaby schools superintendent Gina Niccoli-Moen said the district doesn’t have all the details worked out yet but reassured parents local school officials aren’t starting from scratch.

“We have learned a great deal from our very successful summer session where 4,200 of our students returned to school,” she wrote. “And summer session, itself, had the benefit of incorporating what we learned during the partial return to in-class instruction in June.”

Niccoli-Moen said the district will also keep in mind feedback from a parent survey sent out at the end of the last school year.

The superintendent said the health, safety and well-being of the community will continue to be the school district’s priority as it crafts its back-to-school plans.