One cannabis store will move ahead and another will go back to the drawing board after Burnaby city council examined the two proposals in their first meeting since a busy public hearing. The Aug.
Sep 15, 2020 1:54 PM By: Dustin Godfrey 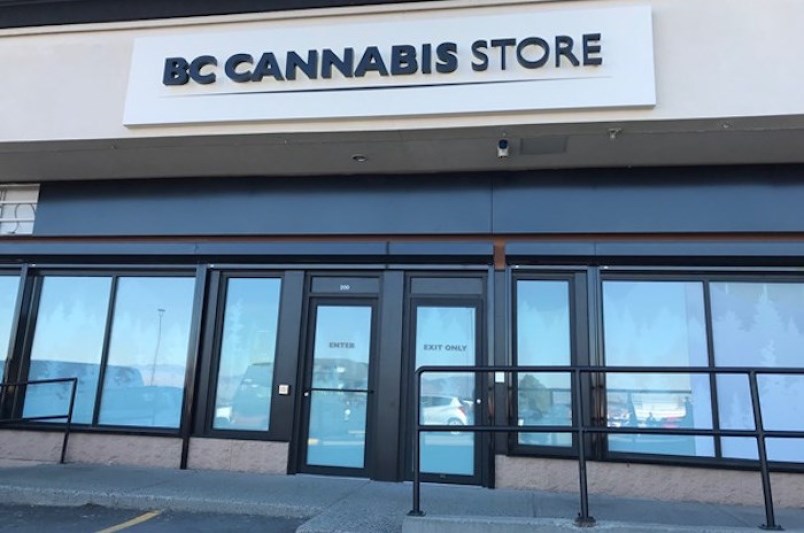 The first (and so far only) BC Cannabis Store, in Kamloops.Tereza Verenca, Kamloops Matters

One cannabis store will move ahead and another will go back to the drawing board after Burnaby city council examined the two proposals in their first meeting since a busy public hearing.

The Aug. 25 hearing saw a major mobilization against the two cannabis stores, but particularly against the store proposed to open in the Kings Crossing development in Edmonds. While council voted down that proposal, they are moving forward with a proposed store in the Old Orchard Shopping Centre in Metrotown.

Council voted 4-3 against the Kings Crossing store, with Sav Dhaliwal, Pietro Calendino and Mayor Mike Hurley voting in favour of passing it through second reading.

“My impression and reading of the submissions, there seem to be two kinds of submissions. One group was from the residents at Kings Crossing,” Jordan said. “And then there was a whole few hundred others that basically … were going to be opposed to a cannabis store no matter where it was in the city.”

Jordan said that “concerted effort” to oppose cannabis stores throughout the city made up most of the opposition to the Old Orchard proposal, while the Kings Crossing proposal had more local opposition.

Councillors voting down the proposal said the B.C. Liquor and Cannabis Distribution Branch should have done more to engage the community around the proposal to gauge the local feeling of a cannabis store in the location.

“There seems to be a lot of misunderstanding, but that’s not our job,” Jordan said.

The yea-sayers agreed the distribution branch should have worked more with the community to make their case for opening the store at that location. But Hurley noted council could approve the store at this stage and still expect that engagement from the provincial branch prior to a vote on final approval.

“And if they haven’t done that by the third hearing, I would not support it at that stage,” Hurley said.

Dhaliwal added any proposal will likely be met with at least some opposition with similar arguments against it. And if council is going to reject proposals based on those arguments, he said that should be enshrined in policy to make the process more consistent and predictable.

“There is always going to be a residential area around liquor stores, around cannabis centres, etc., and all that,” he said. “So before people spend a whole lot of money looking for places and looking for a location, then it should be part of our policy to say there should not be any liquor store or cannabis centres or other things within a certain distance of residential areas. It’d be much easier to do that, and then everybody knows.”