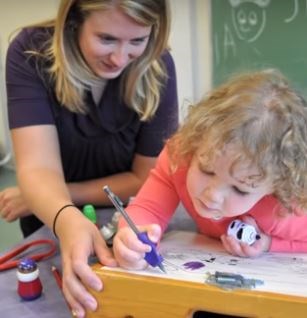 Burnaby will have new team-based PCNs set up in the communities of Brentwood-Hastings, Edmonds and Metrotown, with a fourth PCN set to open in the Lougheed area in the future. The initiative will recruit approximately 68 new health-care providers over the next three years to meet demand. This includes 10 general practitioners, 10 new nurse practitioners, three clinical pharmacists and 45 nursing and allied health-care professionals.

But the Canadian Association of Occupational Therapists’ B.C. chapter says that while it supports the move towards these PCNs, “we are concerned that inadequate staffing levels will prevent successful implementation of this care model.”

Dix promoted the PCNs as a team-based model and the association said in a news release that OTs “are an integral part of these teams, especially for government identified ‘priority populations’ including frail seniors, immigrants and people requiring mental health and addictions services.”

The association estimated there are approximately 140 OTs working in the Burnaby community, which is “not enough OTs to staff these new networks appropriately,” according to Tanya Fawkes-Kirby, managing director of CAOT-BC.

“In Surrey, waitlists for occupational therapy services have increased with the implementation of PCNs and we are concerned this pattern will continue with these newly announced communities.”

CAOT-BC is calling for increased training of occupational therapists in B.C. to address workforce issues such as inadequate supply, geographic distribution, and the needs of interdisciplinary teams.

“In order to begin to meet the current demand, we are calling for a doubling in the number of occupational therapists trained in the province from 48 to 96,” said a news release.

- with files from Desiree Garcia