Burnaby grad celebrations will be 'totally different' this year

If this was a normal year, high school graduates in Burnaby would be getting ready to walk the stage at Bill Copeland Arena next week – but this isn’t a normal year, thanks to COVID-19 “It is completely, totally different from anything that’s ever ha
May 21, 2020 3:47 PM By: Cornelia Naylor 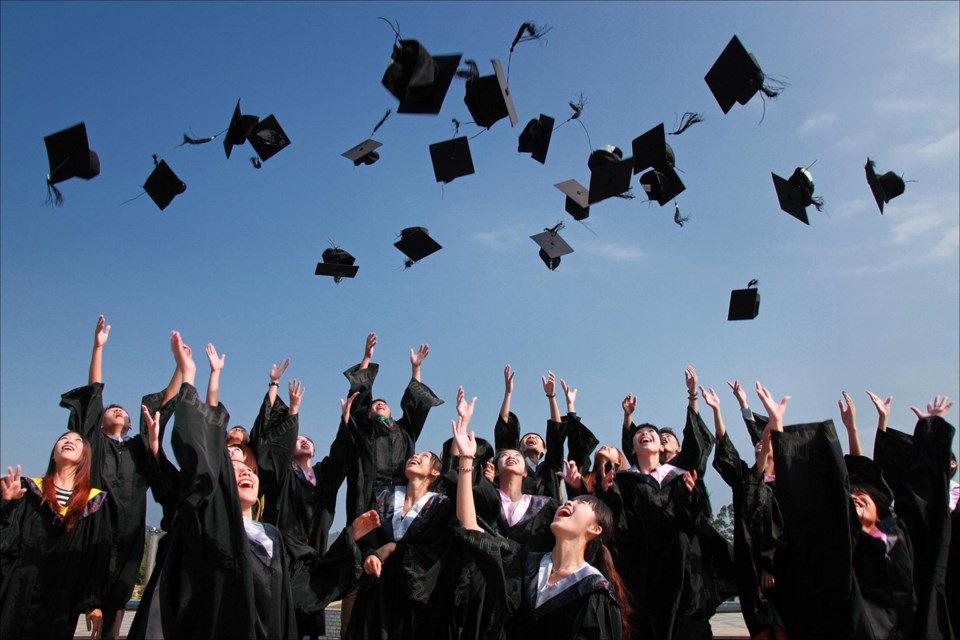 If this was a normal year, high school graduates in Burnaby would be getting ready to walk the stage at Bill Copeland Arena next week – but this isn’t a normal year, thanks to COVID-19

“It is completely, totally different from anything that’s ever happened before, at least in the last 100 years or more,” says Kevin Brandt, a director of instruction who oversees the district's grad events.

For one thing, Copeland arena, which has hosted the grad ceremonies for Burnaby’s eight high schools for as long as Brandt can remember, is being used as a warming centre for homeless people during the pandemic.

For another, public health orders are still in place to restrict the size of gatherings.

That’s meant school officials, parents and grads have had to get creative to find a new way to mark the grad milestone.

One thing’s for sure, though, every grad in the district will be recognized, according to Brandt.

Since in-class instruction was suspended in March, the district has been working on a virtual grad, featuring speeches, musical presentations, grad videos and more.

“It’s essentially like a TV show,” Brandt said. “Each student’s picture will come up and then something will be read about them as they are essentially kind of virtually going across the stage.”

The production will go live sometime at the end of June.

“We’ve got a few things that will make it memorable,” Brandt said.

Early on, the district wasn’t sure grads would get much more than that in the way of a send-off.

But now that the pandemic has slowed and schools are set to reopen on a limited basis next month, Brandt said all of Burnaby’s eight high schools are also working on their own individual grad celebration plans, which should be finalized within the next couple weeks.

The possibilities range from outdoor events on school sports fields to drive-thru grads.

“We’ve got schools and parent groups and student groups all working together to create something,” Brandt said.

Regardless of what their school decides to do, each grad will be issued a cap and gown to wear for the events – and photos.

Brandt said there’s no question students and staff are disappointed at how COVID-19 has impacted the class of 2020’s grad year, but he hopes some of the celebratory spirit can be salvaged.

“We’re going to try and do our best to make it memorable, and we’re hoping that people are OK at the end of the day with what they get.”