A graduate of Burnaby’s Simon Fraser University is giving back in an effort to empower female student-athletes.
Nov 22, 2020 5:28 AM By: Staff Reporter 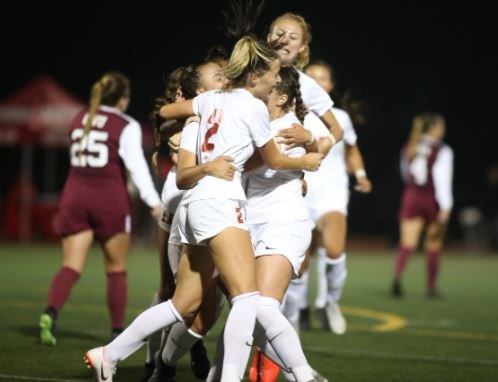 The donation will help such teams as SFU's women's soccer team. SFU photo

A graduate of Burnaby’s Simon Fraser University is giving back in an effort to empower female student-athletes.

Frode Strand-Nielsen, who graduate in 1980, is the founder and manager of a top northern European private equity firm who was also an international student-athlete.

The former men’s soccer captain is empowering female student-athletes and inspiring global perspectives with a $1-million gift to his alma mater.

“The impact of Frode’s generosity is an absolute game changer for our female athletes,” said Theresa Hanson, senior director of SFU Athletics and Recreation, in a statement. “This gift will literally change lives and help us develop incredible female leaders.”

“I’m so grateful to Frode and the support he has provided our program,” added women’s soccer head coach Annie Hamel. “His generosity will broaden our recruiting opportunities and our ability to attract high level student-athletes.”

Frode’s company is FSN Capital, and he hope this gift will foster excellence and leadership in women’s athletics at SFU.

“I believe it’s a basic human right that we all have equal opportunity regardless of ethnicity, colour, religion, sexual preferences or gender,” Frode said. “The female athletes should have the same financial backing as the male athletes. That’s only fair, it’s only reasonable.”

Frode led scoring for the 1978 squad that set an SFU 20-win record which still stands. He was chosen “Scholar Athlete of the Year” by the North American Intercollegiate Association and was later inducted into the SFU Athletics Hall of Fame. Frode received an SFU Outstanding Alumni Award for Professional Achievement in 2017 for his exceptional contribution to local and global communities. He previously established SFU’s first $1 million athletic scholarship endowment in support of men’s soccer.

Frode says his experience on the field helped him learn how to manage conflict, overcome negative thinking, engage with diverse team members, and make his fellow players shine—skills that are vital to leadership in any environment. He describes his time at SFU as “life-transforming.”

“I was inspired by the ability to play my sport at a relatively high level but also by the faculty and the environment, the spirit of the university, and just the location,” he says.

“The extremely engaged faculty really brought out the best in me. So from being a straight-C student in high school, I suddenly became a straight-A student. There was something there that inspired me and energized me to work quite hard at school and then work quite hard in the practices with the soccer team. It was a perfect combination, and so giving back to that has been quite important and rewarding.”