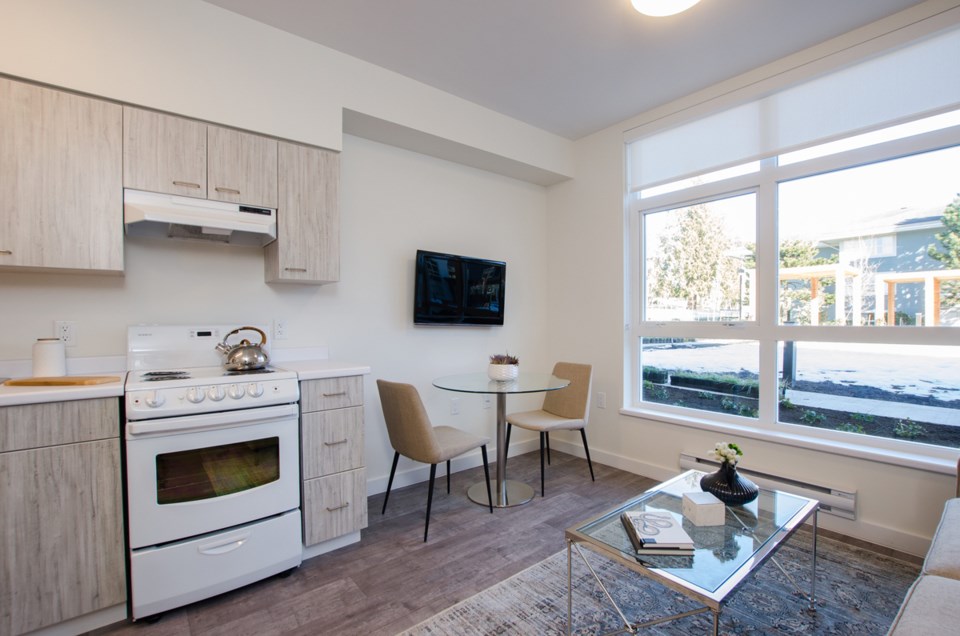 There are 145 new homes in Burnaby for residents 55 and older, thanks in part to a grant from the local government.

The City of Burnaby granted $691,640 to Fair Haven Homes Society to offset city fees for its non-market rental development on the corner of Rumble Street and McKay Avenue.

The project was developed by BC Housing, Fair Haven and Colliers International.

Each unit gives full independence to residents while also connecting them to a common room and courtyard, the release says.

“This is my dream apartment,” resident Marie Silva, 58, said in the release. “Safe, affordable, close to Metrotown, with a community space where I can get to know my neighbours and hopefully organize yoga classes this spring.”

Silva was also able to move in with her chihuahua, as all the units are pet-friendly.

Another new resident, Dave Peacock, 72, moved in after spending four years an an extended-care home, recovering from a stroke.

He said he enjoys the common areas but especially appreciates the privacy of his new apartment, calling it “state-of-the-art.”

“We just wanted to maximize the number of people we could provide housing for while ensuring the space is accommodating, inviting and livable,” she said in the press release.