A woman who “endured repeated comments over months based on stereotypes about Indigenous Peoples” from her Burnaby landlord has been awarded more than $23,000 by the B.C. Human Rights Tribunal.
Mar 3, 2020 11:09 AM By: Cornelia Naylor 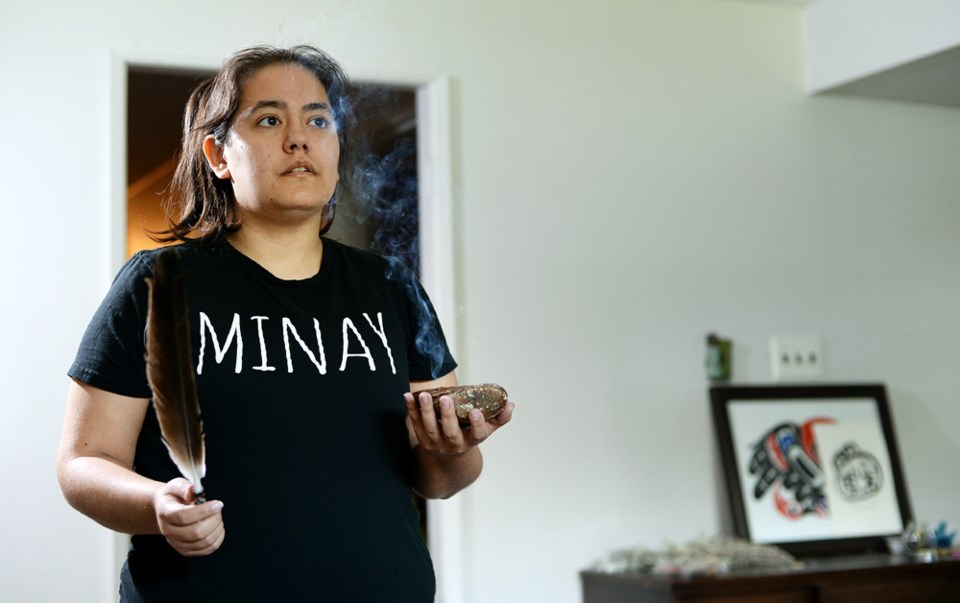 Crystal Smith in her Burnaby basement suite in 2017.Jennifer Gauthier

A woman who “endured repeated comments over months based on stereotypes about Indigenous Peoples” from her Burnaby landlord has been awarded more than $23,000 by the B.C. Human Rights Tribunal.

Crystal Smith, a member of the Tsimshian and Haisla Nations, filed a discrimination complaint with the tribunal after her landlord, Parminder Mohan, tried to evict her from a basement suite in 2017.

He had accused her of smoking marijuana and covering it up with burning sage, according to tribunal documents.

But Smith, a teacher and single mother of two, said she didn’t smoke pot and what she was doing in the apartment was smudging as part of her spiritual and cultural practices.

Smith also alleged Mohan had made comments before and during her tenancy that she found offensive and that she said were discriminatory harassment based on stereotypes about Indigenous people.

Mohan said comments he made to Smith were “not discrimination but instead efforts at inter‐cultural dialogue,” according to a tribunal ruling last month.

But Smith said she found his comments and jokes about her Indigenous identity and spiritual practices “exhausting and burdensome.”

“It was not one comment,” stated tribunal member Pamela Murray in a ruling in favour of Smith on Feb. 28. “It was a pattern of comments and invasive questions over a number of months based at least in part on Ms. Smith’s protected characteristics and in some cases on stereotypes about Indigenous Peoples.”