The B.C. Community Bat Program in collaboration with the B.C. government is requesting the public’s help in monitoring the spread of a disease threatening the entire bat community.
Mar 1, 2019 11:06 AM By: Chris Campbell 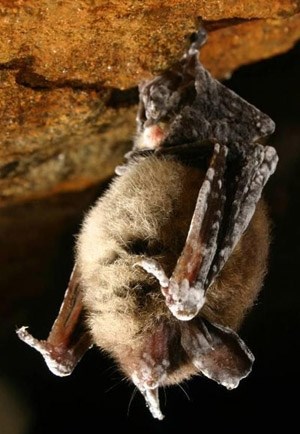 The B.C. Community Bat Program in collaboration with the B.C. government is requesting the public’s help in monitoring the spread of a disease threatening the entire bat community.

White Nose Syndrome is a fungal disease responsible for the death of millions of bats in eastern North America and has now moved to the west coast, according to Mandy Kellner, coordinator of the bat program. The disease has near 100-per-cent mortality for some species of bats exposed to the fungus, including the familiar Little Brown Myotis. Although devastating for bats, WNS does not affect humans.

“We believe that our bats hibernate in relatively small groups across the province” said Kellner. “Detecting WNS in our province will require many eyes on the ground.”

The typical first sign of this disease is bats flying during the winter, an unusual sighting at a time of year when bats should be hibernating, Kellner said, adding that another sign of the presence of WNS is the appearance of dead bats outdoors.

“We are encouraging the public to report any winter bat roosts, dead bats or any sightings of winter bat activity to the Community Bat Project,” she said. “Bat carcasses will be submitted for testing for White Nose Syndrome and would provide the earliest indication of the presence of the disease in B.C.”

“We ask that you pick it up with gloves, wrap in paper towel, place in a Ziploc bag, and freeze to preserve it until it can be shipped for testing,” said Kellner. “Never touch a dead bat with your bare hands.”

Funded by the Habitat Conservation Trust Foundation, the Forest Enhancement Society of B.C., the Province of B.C., and the Habitat Stewardship Program, the B.C. Community Bat Program works with the government and others on public outreach activities, public reports of roosting bats in buildings, and our citizen-science bat monitoring program.