Leave the advice over who should be isolated for coronavirus to health professionals – that’s the word from provincial health officer Dr. Bonnie Henry to parents of school children.
Feb 13, 2020 6:03 AM By: Cornelia Naylor 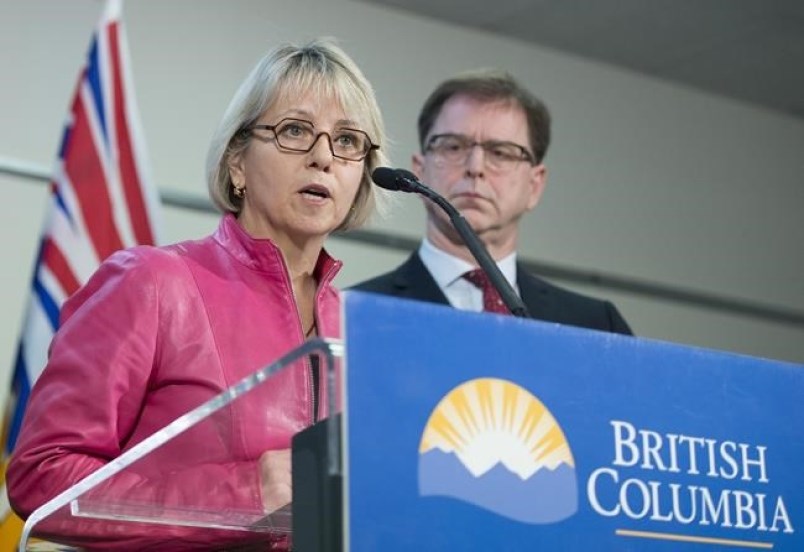 Leave the advice over who should be isolated for coronavirus to health professionals – that’s the word from provincial health officer Dr. Bonnie Henry to parents of school children.

Henry and Health Minister Adrian Dix put out a joint statement directed specifically at parents and guardians for the first time Friday.

It recommended students and staff returning from Hubei Province in China – the epicentre of the deadly coronavirus outbreak – consider staying home for 14 days.

They gave the same advice to students and staff who’d been in contact with someone who had been diagnosed with the virus.

For students and staff returning from other parts of China, the statement recommended daily self-monitoring for symptoms like fever and cough for 14 days.

In their statement, Henry and Dix also asked members of the public not to make assumptions about the risk of students and staff based on their ethnicity or travel history.

Earlier in the week, a post on the Chinese language news site Vansky had chastised a parent for sending her daughter to school at Burnaby’s Alpha Secondary the day after she returned from a trip to China.

“Although you explained that your daughter has stayed at home while in the country, and we are willing to believe what you said, you must know that she encountered close-ups in a small space and a large number of unknown people on her returning plane,” states a translation of the post. “The risks cannot be ruled out at all. You can't just think that you don't want to delay her studies, but indeed the entire school and their families face such risks.”

The post urged the parent to keep her daughter home for 14 days – and many of those who commented on the post agreed.

Henry, however, said it’s “not for parents or students or staff in schools to make assumptions about those things.”

“They may know that somebody went to China,” she told the NOW in a phone interview Tuesday, “but they may not know where they went, and they shouldn’t shun people – because we’re hearing this, you know, that parents won’t let their children play with that child because they were in China – and they shouldn’t be making assumptions about that individual child. If schools have concerns about children being ill, their school health officer, which is the medical health officer, can help sort that out, and that’s part of the role that we play in public health. But the schools, the teachers, the students themselves shouldn’t be shunning or accusing other parents or other students.”

Henry said she and the health minister directed a joint statement specifically at parents and guardians Friday after getting “a lot of questions from schools and schools boards.”

“Things were changing quite a bit and there was a lot of information out there about people who were returning from China and so there was a lot of concern in the school system in particular about what about children who are returning, and we wanted to be sure that everybody had the same message about what our recommendations were on that,” she said.

Directing the statement specifically at parents was “not so much” because they were concerned about children in B.C. school being infected with coronavirus and spreading it.

While there’s evidence some people, including kids, can have the virus and not show symptoms, Henry said there’s still no hard evidence that those people can transmit it to others.

In a reported case of asymptomatic transmission in Germany, Henry said a woman doctors believed had transmitted the virus had, in fact, been symptomatic but had been taking medication for her fever.

The number of confirmed coronavirus cases in B.C. held steady at four as of Tuesday morning, and everyone arriving in Canada from China is screened at the border, according to Henry.

She said people, for the most part, have done what public health officials have asked them to do.

“If we look at the cases that we’ve identified here, both of them have self-isolated before we even asked them officially to do that because they were concerned,” she said.

Henry, who was the operational lead in response to the SARS outbreak in Toronto for Toronto Public Health in 2003, said the same held true for that epidemic.

“We asked people to stay home if they had exposures to SARS, and out of 12,000 people that we actually asked – there were maybe 20,000 people who had more remote contact that we didn’t need to do this with – there were only 10 people that we had to issue an official order under the (Public Health Act). They were mostly young men who didn’t think it actually applied to them.”

Henry said the risk from coronavirus in B.C. is still very low, and the biggest difference in her recommendation to parents of school kids this year compared to other flu seasons is to make extra sure to keep them home if they show any symptoms, like fever or a cough.

Henry had a corresponding recommendation for schools: “This is not a time to penalize kids who may have been away travelling over the lunar holiday and are then concerned and staying home. It’s a time to support them in doing that, and let’s look at home they either can do some distance learning or help them catch up when they get back to school.”

The Burnaby school district is taking its lead from public health when it comes to coronavirus, according to health and safety manager Terry Gomez.

"We want to reiterate that the province is advising not to make assumptions based on people’s cultural identity or travel history," he said in an emailed statement. "We have shared that information with families when they’ve had questions. Parents who want to know more about the direction from public health regarding who should self-isolate should be contacting 811 for advice."