Currently, food trucks require a business licence for every city they operate in
Jul 27, 2020 1:55 PM By: Dustin Godfrey 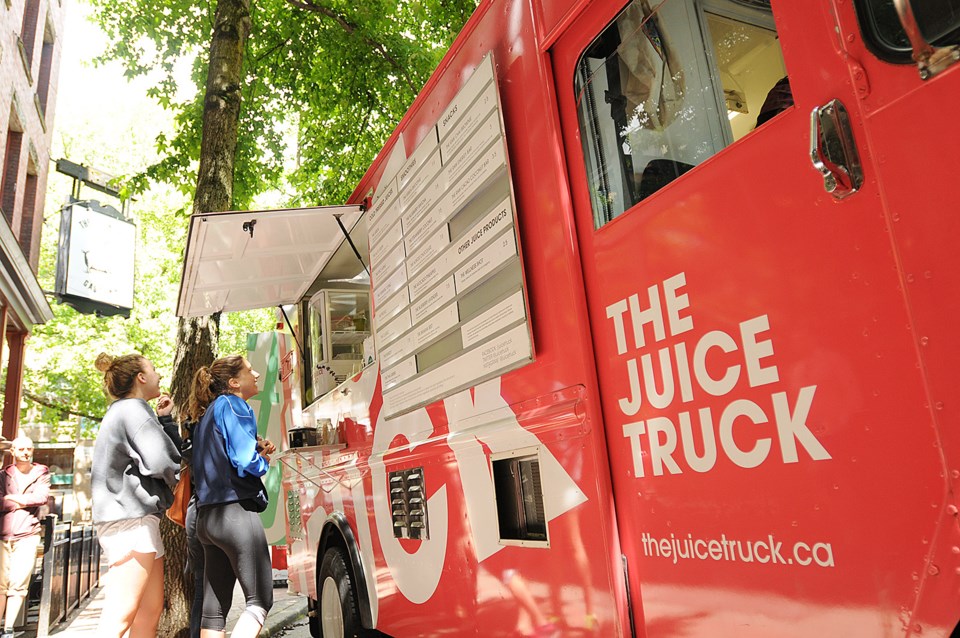 Success on the streets has helped mobile carts like The Juice Truck open a brick-and-mortar location. Photo Dan Toulgoet

Food trucks in Metro Vancouver may eventually get to operate under one regional licence after a request to the City of Burnaby from a Surrey-based perogy-serving food truck.

The city received a letter from Old Country Pierogi, seeking the ability to operate part-time or temporarily in Burnaby. That resulted in three potential options: seeking out an inter-municipality business licensing (IMBL) scheme, adding short-term licences or creating a pro-rated business licence for the first year.

The city is partnered with New Westminster, Surrey, Delta, Vancouver and Richmond for regional licensing, which is largely used for businesses in the trades, along with ride sharing apps like Uber or Lyft.

Earlier this month, city staff polled other municipalities in the IMBL partnership, and none objected to at least opening discussions on including food trucks in that scheme.

“However, due to COVID-19 limitations and other competing priorities expressed by the partnering municipalities, it is unlikely that an agreement could be reached in the near future,” staff wrote in a report to council. “Staff will continue to pursue this as a long-term goal.”

Staff added any discussions would also require working with the Fraser and Vancouver Coastal health authorities, given their involvement in regulating food-related businesses.