Tommy Thomson says his and his husband's apartment is too small to safely hold viewings his landlord wants to hold as he attempts to sell their unit
Mar 24, 2020 1:40 PM By: Dustin Godfrey 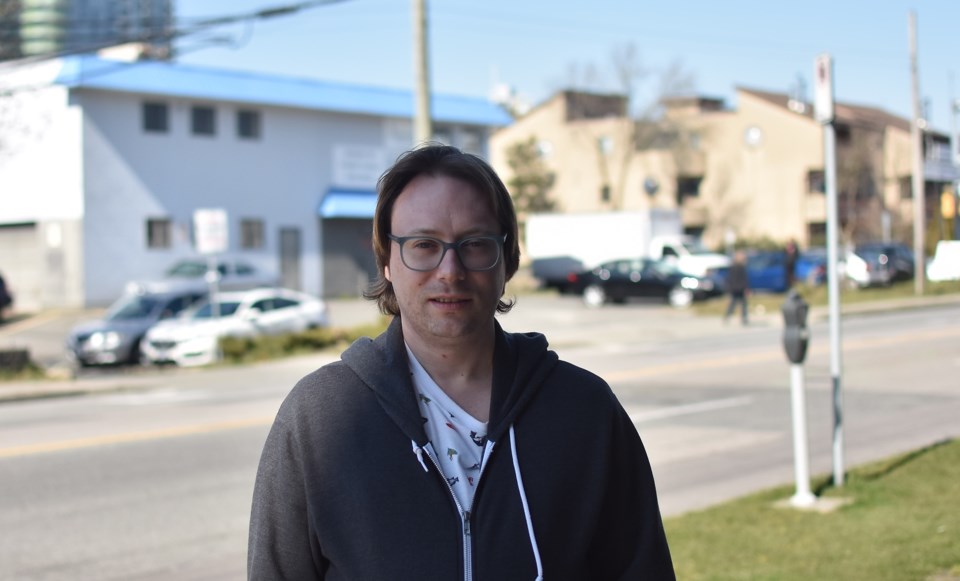 Tommy Thomson says he and his husband are worried about their landlord having people at their apartment for viewings amid the current COVID-19 pandemic, as the landlord seeks to sell their unit.Lief Garrett

A Burnaby renter is worried B.C. government interventions during the COVID-19 pandemic won’t help in his situation.

Tommy Thomson and his husband’s lease on their South Burnaby apartment ends at the end of April, and he said his landlord is putting unfair pressure on them to move out after the lease, which is set to switch to month-to-month in May.

Thomson asked that his landlord not be named due to their ongoing talks on the matter.

The landlord was expected to allow the couple to continue renting the apartment for several months after the lease ends before selling it, but that changed last week, Thomson said.

This week, their landlord started pressuring the couple to move out at the end of April, as they try to sell the apartment, Thomson said, putting the couple in a precarious position. If the landlord evicts them, they are entitled to two months’ notice under provincial legislation, including one free month of rent. But that’s still cause for concern for Thomson and his husband.

In a normal week or month, Metro Vancouver is already one of North America’s tightest rental markets. But with the federal government strongly urging social distancing and the provincial government ordering bars closed, among other measures, Thomson is worried about having to find a new place.

“I don’t know how long this coronavirus outbreak is going to be going on for. It could still be happening in a few months from now,” Thomson said. “There cannot be any evictions or people moving at this time; we wouldn’t even be able to find a place or hire movers.”

What’s more, Thomson said, if he and his husband don’t move out of the apartment by the end of April, the landlord will start showing it to potential buyers and holding open houses.

“That doesn’t make sense. For all we know, we could have coronavirus, so anybody who’s coming in here for an open house or showing could be risking themselves, let alone the risk to us,” Thomson said. “It’s nuts.”

The potential for open houses or apartment showings, Thomson said, is incentive to take the offer of moving out at the end of their lease out of concern for their health and that of people viewing the apartment.

“My husband’s first reaction to this … was, ‘Well, we should sign it; we should agree to move, because that way we’ll know that there’s no open houses happening,’” Thomson said.

He added a tenant who doesn’t speak English well or who is otherwise marginalized would likely succumb to a landlord’s pressure.

“People should not be forced to show a house which would bring people inside. Videos and having a look in from the front doorstep might be the best for now,” Phillips said in an email to the NOW.

The Real Estate Board of Greater Vancouver urged Realtors not to hold open houses and to limit the number of people at viewings.

For Thomson, though, without an outright ban on showings, his landlord may still show his apartment, which he described as too small to keep a safe distance from others in.

“This is not what I need. I want to shelter in place and quarantine like everybody else is doing,” Thomson said.