Local French Immersion students are getting ready to connect with pen pals in the south of France as the first fruits of a partnership between the Burnaby school district and the Académies d’Aix-Marseille/Nice.
Apr 19, 2019 9:03 AM By: Cornelia Naylor 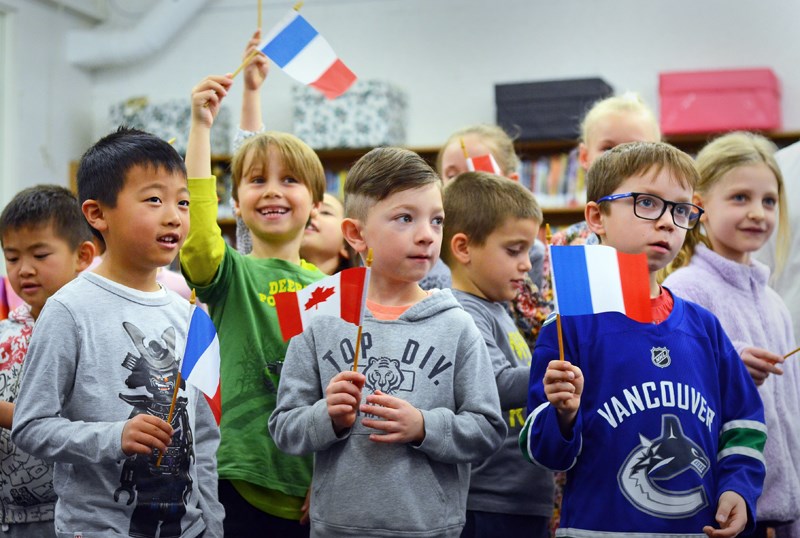 Local French Immersion students are getting ready to connect with pen pals in the south of France as the first fruits of a partnership between the Burnaby school district and the Académies d’Aix-Marseille/Nice.

A memorandum of understanding between the district and the académies (the French equivalent of school districts), was signed at École Aubrey Elementary School Tuesday.

Three schools in France and five French immersion schools in Burnaby (Seaforth, Marlborough, Westridge, Cascade Heights and Aubrey) will be the first to connect.

Future outcomes of the partnership could include teaching assistants from France helping in local classrooms and Burnaby students travelling to the south France to fine-tune their accents and soak-in French culture.

French immersion enrolment in the Burnaby school district has grown by nearly 25 per cent in the last 10 years, and Francophone education has grown by 40 per cent.

The new partnership will give those students new ways to enhance their learning, according to school board vice-chair Jen Mezei.

“The curriculum offers students the opportunity to explore and better understand the realities of their own culture as well as the cultures of the French speaking world, and what better way to enrich our students’ learning environment than through this kind of partnership today,” she said.

The partnership will benefit French districts too, according to Christophe Gargot, director of international relations for Académies d’Aix-Marseille/Nice.

“France is well known as a country where we do not know how to learn foreign languages,” he said. “In Europe, we are one of the worst countries for speaking English, for example, even if we learn English for more than 15 years in the schools, meaning that the way we learn, we teach foreign languages is not the proper way. … We have many things to learn from you.”

Burnaby is the 11th B.C. district to sign a partnership agreement with a counterpart in France since the provincial government spearheaded a mission to France in April 2018 to recruit French teachers, foster more French cultural experiences and improve French language skills in B.C. classrooms.