Burnaby school district one high school away from a rainbow flush

There is now only one Burnaby high school without a rainbow walkway – but that school is still waiting to be built.
Oct 1, 2020 4:47 PM By: Cornelia Naylor 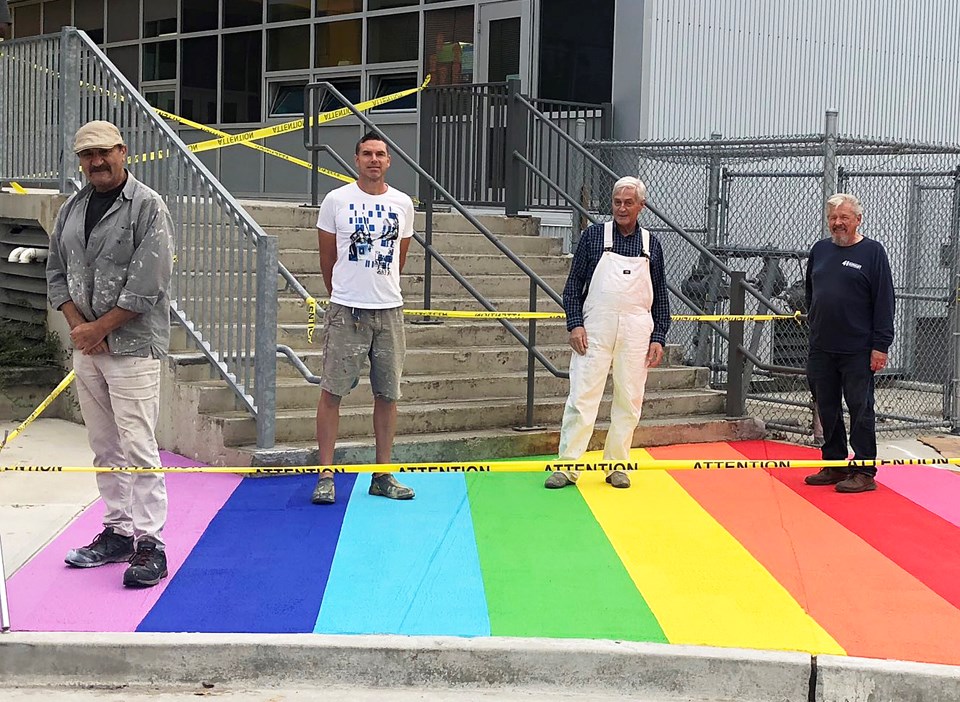 There is now only one Burnaby high school without a rainbow walkway – but that school is still waiting to be built.

This week, Alpha Secondary School became the second-to-last local high school to get one of the colourful symbols of LGBTQ+ diversity and inclusion.

The rainbow colours were painted onto a section of sidewalk Wednesday near the school’s main entrance.

Burnaby North Secondary is now the only local high school without a rainbow walkway, but, because the school is in the process of being replaced, the district said it wouldn’t consider a request to install one until after the work is complete.

The very first high school to get a rainbow crosswalk was Burnaby Mountain Secondary in the summer of 2018.

Moscrop and Burnaby Central followed suit in the 2018/19 school year that followed.

Cariboo Hill, Byrne Creek and Burnaby South got theirs in time for the 2019/20 school year.

The Royal Oak alternate education site also got a rainbow walkway before school started this September.

The only rainbow walkway at an elementary school thus far is at University Highlands Elementary. It was installed in May 2020.