The Burnaby school district’s international program must be doing something right. Besides growing by leaps and bounds, this is the second year in a row the program has won the Study Travel Magazine STAR High School Program Award.
Oct 2, 2017 9:20 AM By: Cornelia Naylor 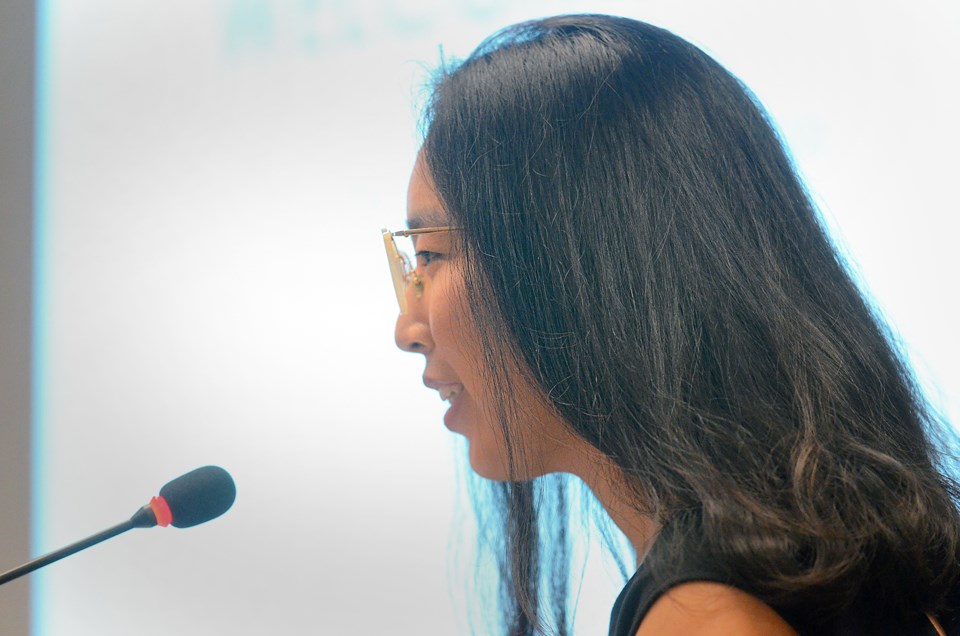 Burnaby international student Xiaoman (Mary) Zhang addresses trustees at a public board meeting recently to share her positive experience in the district.Cornelia Naylor

The Burnaby school district’s international program must be doing something right.

Besides growing by leaps and bounds, this is the second year in a row the program has won the Study Travel Magazine STAR High School Program Award.

“The STAR awards are voted on by student agencies worldwide,” she said at a recent school board meeting. “Therefore, out of all the programs out there, not just Canada, but the U.S., the UK, Australia, New Zealand, Ireland, Germany – now Southeast Asia offers these programs as well in English – Burnaby garnered the most votes by agents.”

The marketing department of the district’s international program has forged solid relationships all over the world with agents who promote the program to parents in their own countries, according to marketing manager Sally Stacy.

But those relationships wouldn’t go very far if international students didn’t have a good time here, she said.

“Without the support of everyone here in SD 41 giving such a positive experience to our international students while they’re here, no amount of hard, dedicated work by anybody on our team, let alone our marketers, would inspire the trust and respect that our agent partners have in our program and in the work that we do,” she said.

Herrera Martinez, who is from Mexico, transferred to Burnaby Mountain Secondary from a private Vancouver boarding school and wasn’t so sure at first about attending a public school.

“Public schools in Mexico are kind of a mess,” she told trustees Monday, “but the first day I got here I was just impressed at the quality and the diversity of the classes. It’s just amazing, the clubs.”

Zhang said local school officials have gone out of their way to accommodate her “very, very complicated and long transcript” when she arrived in Burnaby from China via U.S. schools.

She said staff made sure she got the timetables she wanted, that she was involved in the community and that her homestay situation was figured out.

“Everyone was just so helpful,” she said.

Burnaby currently enrols close to 1,500 students from over 40 countries.

Last year, those students brought in more than $22 million.

More than $9 million of that was net revenue, which the district puts into programs and services for all Burnaby students.

But it’s not about the money for the people running the international program.

“I truly believe these types of programs, especially in these troubled times, will make our world a better world, and it’s these students who will do it,” Ferraro said.

Board chair Ron Burton added it’s not just the international students who benefit from the burgeoning program.

“It’s enriching for the students to come over,” he said, “but it also enriches our students when they’re meeting people from other cultures and countries. It’s all around a tremendous program.”