A black student committee at Burnaby Mountain Secondary wants Canadians to know that race matters in this country.
Feb 22, 2016 7:53 AM By: Cornelia Naylor 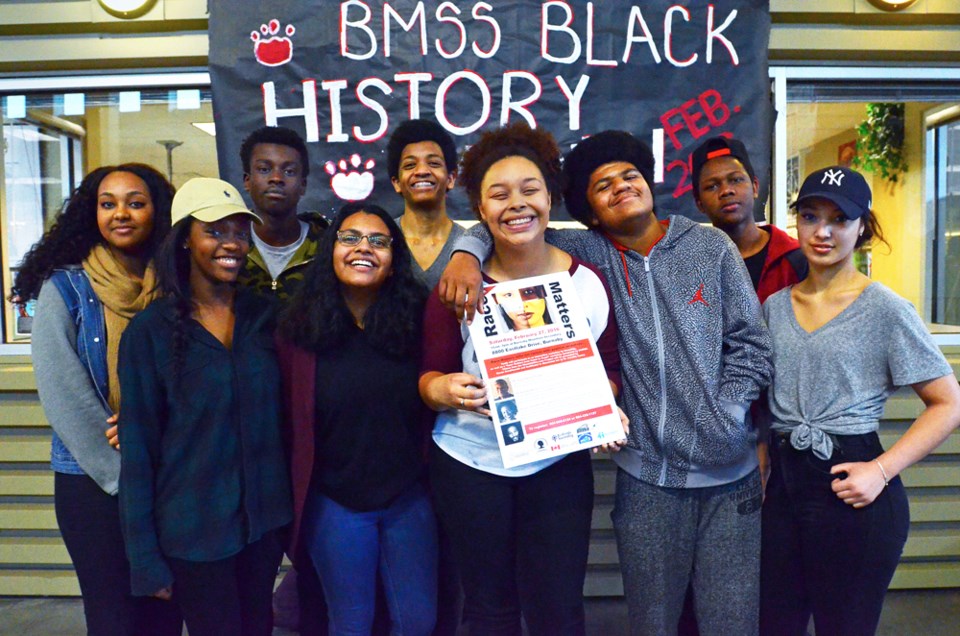 A black student committee at Burnaby Mountain Secondary wants Canadians to know that race matters in this country.

“We think that we are a country, or let’s say a province even, who doesn’t believe in racial profiling or in racist talk, but we do it every single day and we don’t even really realize it,” said Zakeera Hydich, an organizer with the Burnaby Mountain Black Student Cultural Committee “That is one thing that’s a huge barrier for us because we kind of say, ‘We’re not like all these other countries.’”

Breaking through that barrier is one reason her committee is helping organize a conference at the school this Saturday for Black History Month featuring U.S. civil rights legend Minijean Brown-Trickey, who championed desegregation as a teenager at Little Rock Central High School with protection from federal troops in 1957 as part of the famed Little Rock Nine.

Hydich will be there to make the introductions.

The 16-year-old Grade 11 student helped form the Black Student Cultural Committee this year after being approached by Mountain vice principal James Morton about the idea.

For Hydich – whose mother’s background is Russian and Slovenia and whose father is African American – it’s been away to get in touch with her own identity.

“During a period of 2012, I went through a lot of hard things,” she said. “I was trying to figure out where I come from, who I am and what I’m trying to be when I’m older. And being able to be in this club has figured out a lot of stuff.”

For one thing, she’s figured out she doesn’t have to stay silent when people act in disrespectful ways – like during a recent incident at school.

“I had my hair out,” Hydich said, “and I was very happy because I have an afro. I was really happy and someone threw a pen at my hair to see if it would stick in there.”

She confronted the student – something she said she probably wouldn’t haveh done a year ago.

“Definitely the group has helped me,” she said. “Being able to feed off each other’s energies and knowing people’s strengths and how powerful they are and how positive they are definitely helps me.”