A B.C. Supreme Court judge has ordered condo owners in a mixed-use Burnaby highrise to pay more than $1.3 million in unpaid shared building costs plus interest to its commercial neighbour.
Sep 22, 2020 10:38 AM By: Cornelia Naylor 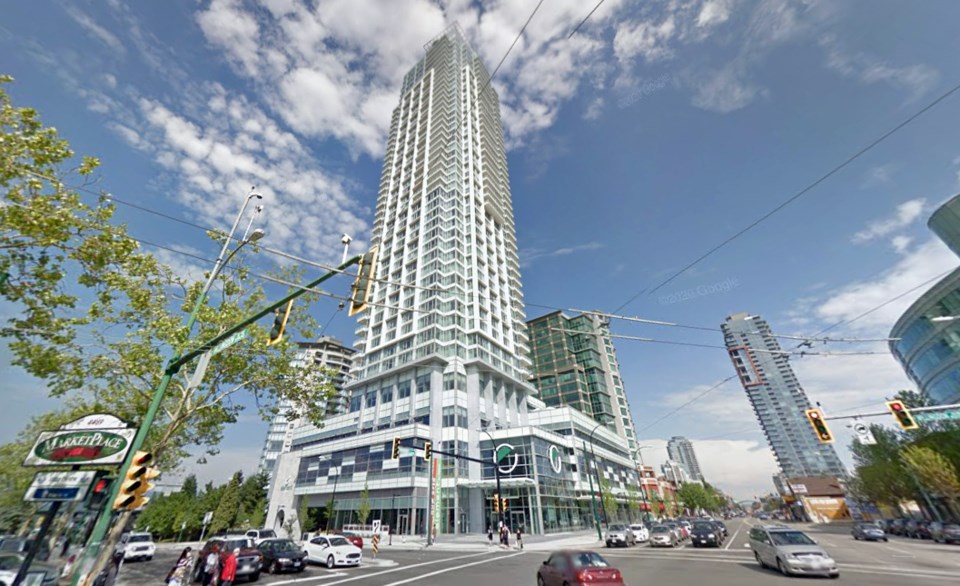 The strata at the Sovereign mixed-use tower in Metrotown has been ordered to pay Bosa Properties, which owns a hotel and retail space in the building, more than $1.3 million in unpaid shared costs since 2015.Google Street View

A B.C. Supreme Court judge has ordered condo owners in a mixed-use Burnaby highrise to pay more than $1.3 million in unpaid shared building costs plus interest to its commercial neighbour.

Bosa Properties, which owns the Element by Westin hotel and retail space at the Sovereign (4508 Hazel St.), took the building’s residential strata corporation to arbitration last summer, alleging the condo owners hadn’t paid their full part of the shared costs of a swimming pool, a roof deck, window washing, a parkade and GST since 2015, according to a B.C. Supreme Court ruling last month.

The interest on the award has continued to run on at a daily rate of $293.97 since then, according to court documents.

The strata applied to B.C. Supreme Court for leave to appeal the arbitrator’s decision.

One of the arguments it made was that the arbitrator had failed to apply the principle of contra preferentem.

“In that fashion, the agreements are atypical because (Bosa) was essentially contracting with itself,” B.C. Supreme Court Justice Neena Sharma said.

But Sharma dismissed the strata’s contra preferentem argument, saying the strata had not shown there was any ambiguity in the agreements to make it relevant.

In an Aug. 7 ruling, Sharma noted the bar for interfering with an arbitrator’s decision was “very high” and said the strata had not raised any questions of law to warrant an appeal.

Bosa, meanwhile, applied to the court for an enforcement order to force the strata to pay up.

The property company argued it had no way to enforce the award itself because part of an agreement between the two parties prevents Bosa from restricting, suspending or prohibiting any of the strata owners’ access to shared spaces.

In a sworn statement, Bosa’s director of commercial properties, John Martin, said further that Bosa doesn’t have the cash flow to be able to carry on operations while the strata hasn’t paid its full share of the costs since 2015.

He said the situation has caused “significant hardship” since it was never intended that Bosa would carry any of the owners’ costs.

The strata argued an enforcement order was not required, but Sharma disagreed, saying the strata had not given her enough evidence to show it had taken “significant steps” earlier on to pay the award.