Julia Handra is the first Loran Award finalist from Moscrop Secondary in more than a decade.
Feb 3, 2017 4:35 PM By: Gabrielle Alvarez 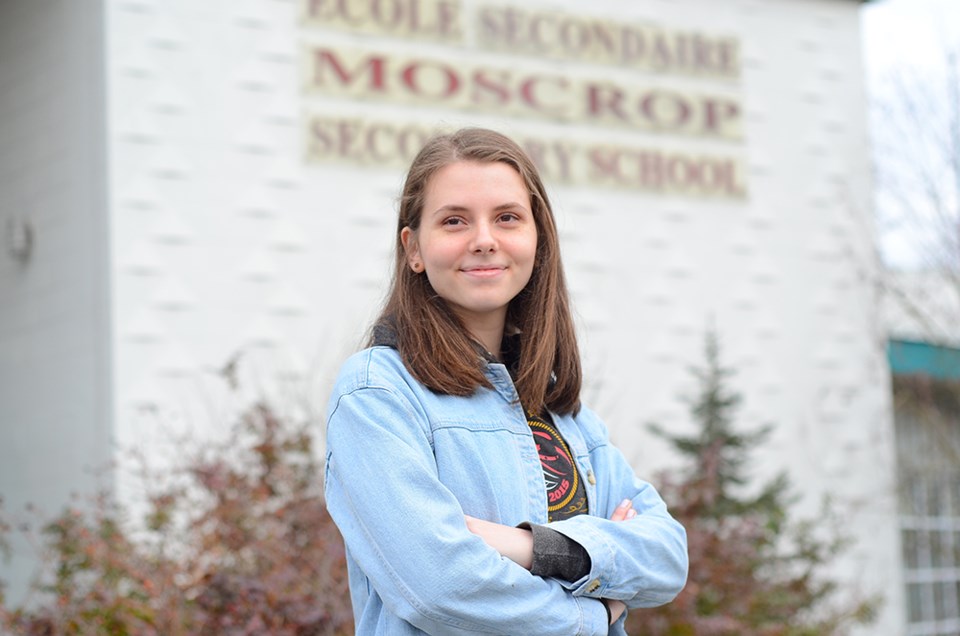 Moscrop Secondary Grade 12 student Julia Handra is a finalist for the $100,000 Loran Award, a scholarship for young Canadians who demonstrate character, service and leadership potential.Cornelia Naylor

Moscrop Secondary Grade 12 student Julia Handra was one of 84 finalists chosen out of 4,400 applicants for the Loran Award, a scholarship for young Canadians who demonstrate character, service and leadership potential.

The Loran Award includes a $10,000 annual stipend, tuition waivers from one of 25 Canadian universities, mentorship, summer internship funding as well as annual retreats and forums.

She was nominated by her school.

As a debate coach, president of Moscrop’s environmental club and the school’s newspaper editor, Handra has a lot on her plate.

She also writes a blog about neuroscience, plays volleyball and tutors part-time.

Handra thinks her involvement in these clubs and councils was part of the reason she was nominated.

“I’ve taken a lot of initiative in these clubs,” she said. “It’s not like they are just going to hand in the money and say, ‘There you go.’”

Handra said the scholarship would be a “huge help” because the neuroscience programs she’s looking into are costly.

Handra is the first Loran finalist from Moscrop in more than a decade. Although the scholarship would be an individual one for Handra, she’s happy to be bringing attention to her high school.

“It’s a great opportunity to put my school’s name out there,” she said.

Handra and the other finalists travelled to Toronto Feb. 3 and 4 for national interviews, after which up to 32 Loran Scholars will be selected.

If Handra doesn’t win the scholarship, she’s ready to congratulate whoever does.

“I met so many amazing other people at the regional interviews,” Handra said. “So I think anyone who gets the scholarship definitely deserves it; even if it’s not me, it’s OK.”

Nearly 200 passengers arriving at YVR fined for refusing mandatory hotel quarantine
May 12, 2021 11:11 AM