Burnaby students made up nearly half of Greater Vancouver's contingent at the Canada-Wide Science Fair in Fredericton, NB last week – and they did not disappoint.
May 24, 2019 8:37 AM By: Cornelia Naylor 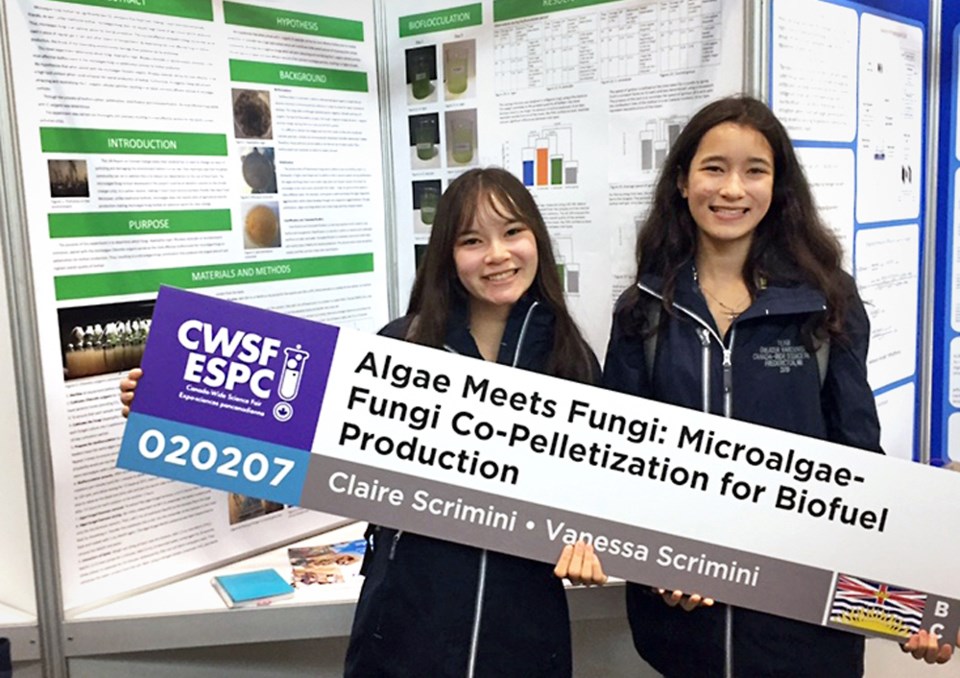 Burnaby students made up nearly half of Greater Vancouver's contingent at the Canada-Wide Science Fair in Fredericton, NB last week – and they did not disappoint.

In all, local students earned six medals, one challenge award, two young-researcher awards and thousands of dollars in scholarships.

But the Canada-Wide Science Fair isn’t just about awards, according to Burnaby North Secondary Grade 10 student Vanessa Scrimini, who teamed up with her twin sister, Claire.

“The point isn’t just to go there and win a medal,” she said. “The purpose is also to meet other people from all around Canada and really get to celebrate what everyone’s accomplished.”

Seventeen out of 283 students who competed at the Greater Vancouver Regional Science Fair in April earned a free trip to compete in Fredericton May 11 to May 17 – eight of them were Burnaby public school students.

For Claire and Vanessa Scrimini, it was the second year in a row making it to the national competition.

They began brainstorming their project, Fungi Meets Algae, last summer and took up two spare bedrooms at home growing fungi and algae to use in experiments designed to test which combination would be most effective for making biofuel.

Like all the entries, the project was evaluated by judges from universities and from the public and private sectors.

The Scriminis’ project earned a gold medal in the intermediate category and the Energy Challenge Award, along with a pair of $4,000 entrance scholarships from the University of  Western Ontario.

“We’re really happy about how this project turned out,” Claire said.

What’s going on in Burnaby’s science classrooms to lead to such success on the national stage?

Donna Morgan, who oversees the science portfolio for the school district, said it’s a deliberate shift in approach at schools.

“In years gone by, it might have been mostly honours’ classes participating in science fairs,” she said. “Over the last few years, our secondary science departments have made a deliberate shift to more inquiry-based learning, and science projects are a natural fit for this. That means more of our students are getting exposed to science fairs, and that has two effects: they improve the more they do it, and just being at one can give students a bug and make them keen to strive to develop good projects. I am thrilled with the results.”