Throughout his career, he has worked on titles like Batman vs Superman, Captain Marvel, Aquaman, Ant-Man and the Wasp as well as Game of Thrones
Apr 7, 2021 3:10 PM By: Cameron Thomson 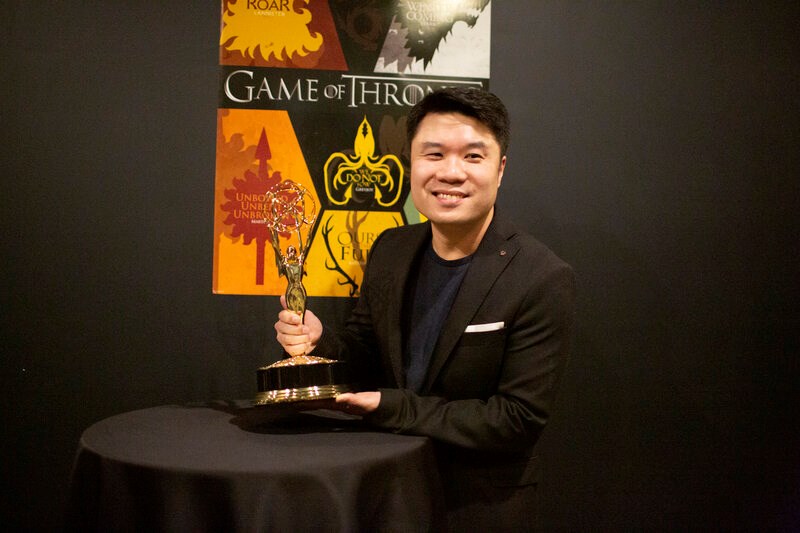 Mark Wong, a BCIT digital arts instructor, was able to check King Kong off his animation bucket list after the movie was released in the U.S. at the end of March.British Columbia Institute of Technology

Cinema’s terrifying ape came swinging onto screens late last month with help from an animation instructor at BCIT in Burnaby.

Mark Wong is a digital arts instructor at the technical institute and lead animator at Scanline VFX. His most recent work with the visual effects company was on the 2021 monster film Godzilla vs. Kong which was released in the United States in theatres and on HBO Max simultaneously on March 31.

Wong’s work has been featured in several blockbusters over the years like Batman vs Superman, Captain Marvel and Aquaman. His work on HBO’s Game of Thrones even earned him an Emmy but in a recent interview with the NOW Wong says animating King Kong was particularly special.

“I have a checklist of characters I want to animate and King Kong is definitely one of them. As you can see in the trailer the setting is in Hong Kong and that's where I grew up," Wong said, adding he was born in the year of the monkey on the Chinese zodiac which only added to the movie’s significance for him.

Wong says his love for animation started in his childhood by watching shows like the 1985 Ninja Turtles movie as well as the support of his grandfather.

"He bought me a lot of comics like Dragonball,” Wong said. “I grew up in a comic action figure childhood. I was always posing action figures like how the 80s kids would do with their toys."

When Wong came to Canada in 1996 he wanted to become a gameplay animator and went to BCIT to learn how. As Wong tells it, keyframe animation involves setting keys for each new pose of a given character. Those frames are then put together on a timeline and combined to form the motion of a dragon, superhero, or anything you can imagine.

While Wong wasn’t able to divulge many details about the scenes he worked on as the movie has not been released on DVD yet, he says animating such a large character posed new, interesting challenges.

"I think Godzilla vs Kong has a different timing because they are heavier and we want to show the beast side of both characters,” he said. “We actually look at certain things like how do we express [Kong’s] blink more because it's a bigger character so his blink is going to be slower.”

Despite the long hours involved working in the animation industry, Wong says seeing his name at the end credits of a movie is one of the most rewarding experiences. Often Wong and his work friends will watch a movie that they worked on together and take photos of their names scrolling up the screen as people trickle out of the theatre.

For those interested in getting into the animation industry, other than enrolling in BCIT’s 50-week animation program, Wong says there are a few things you can do to give yourself a leg up.

“Pay attention to movies and then figure out which department they want to join in the future. There are many departments, there's modelling lighting compositing texturing animation,” he said. "If they have a goal it would be easier so they know what to focus on."

If animation school is still a far-off goal, Wong suggests aspiring animators start by drawing, taking pictures and paying special attention to the forms and movements of animals and people in their day-to-day lives.

As for job prospects, Wong says Vancouver has a huge market for animation right now and there's always a demand for junior artists.

For more information on BCIT’s animation program, check out their website.