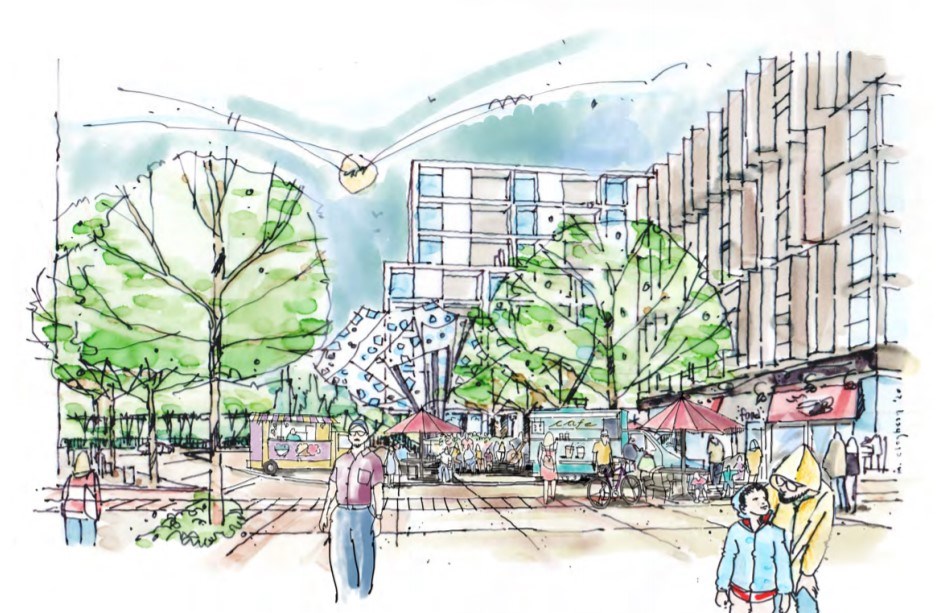 Burnaby residents will have a chance to share their thoughts on the proposed Lochdale Urban Village project during two summer virtual workshops.

On Wednesday, July 28 and Thursday, August 12, the city will be holding two virtual workshops from 5:30 to 7:30 p.m. where participants can learn more about plans for the project and share their thoughts on the Phase 2 draft vision, land use concepts and policy direction.

Registration is required for both workshops by emailing lochdaleplan@burnaby.ca or call 604-294-7781.

In the summer of 2020, city council gave staff the go-ahead to begin public consultations on developing urban village plans for the Bainbridge and Lochdale areas – the former located around the Sperling SkyTrain station and the latter at the east end of Hastings Street.

The Lochdale urban village is currently defined by Hammerskjold Drive to the west, Ridge Drive to the north, Duthie Avenue to the east and Union Street to the south.

Assistant director of current planning Jesse Dill said in August 2020 the plan is more intended to expand on what’s already in the area, including housing, employment and culture.

Dill defined the area as more of a suburban setting, with much of the commercial areas set back from the roadway, offering larger parking lots, compared to, for instance, the Heights area. This encourages more vehicle traffic, while the goal of the new plan is to encourage all modes of travel, including transit, cycling and walking.

The village centre would be focused around the existing commercial properties along Hastings, mostly between Sperling and Kensington avenues, such as the Kensington Square mall. There, Dill said, the city envisions commercial uses at street level, with potential housing or office space above.

The plan also includes two potential new parks on either side of Hastings and a small neighbourhood mixed-use section at the northeast end.

Other opportunities for the area include:

The City of Burnaby said at a May 31, 2021, council meeting, there were a total of 254 responses to the online survey conducted, with 144 respondents providing at least one long-form text comment sharing feedback.

City council gave the go-ahead the same night for phase two of public consultations to begin.

- With files from Dustin Godfrey

Opinion: Densifying this Burnaby neighbourhood will be insanely lucrative for the city – and developers
Jul 14, 2021 11:25 AM
Comments