A Burnaby woman who graduated from high school when she was 14 and had an honours commerce degree from UBC by 19 is now off to Oxford on a full scholarship to add a pair of master’s degrees at age 22.
May 14, 2020 11:30 AM By: Cornelia Naylor 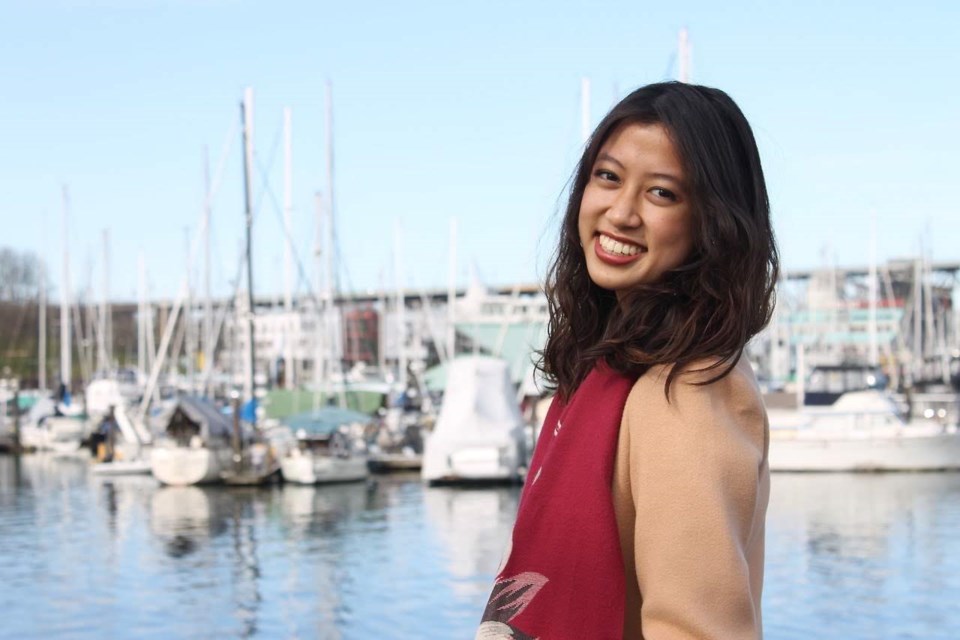 Burnaby native Marissa Ng is off to the University of Oxford this year on a $200,000 scholarship for a dual master's program.Contributed

A Burnaby woman who graduated from high school when she was 14 and had an honours commerce degree from UBC by 19 is now off to Oxford on a full scholarship to add a pair of master’s degrees at age 22.

After Marissa Ng finished Grade 7 at Marlborough Elementary School in 2010, she followed her sister into a two-year condensed program at UBC that involved a major commute from her Burnaby home but allowed her to graduate from high school two years later at the ripe old age of 14.

After completing a bachelor’s degree in commerce, she took a job as a management consultant with American consulting giant McKinsey & Company for two years and then headed off to Ethiopia for half a year to work with Partnerships for Forests.

She has now been awarded one of only five Oxford Pershing Square Scholarships handed out for the 2020-22 academic years.

The $200,000 scholarship will help with living expenses and cover two years of tuition for a dual-degree master of science in biodiversity, conservation and management and master of business administration at the University of Oxford in England.

Ng said she’s always been interested in the environment and sustainability.

“At first, when I was at McKinsey doing the consulting work, I looked at sustainability from more of an urban side of things, things like electric vehicle batteries or utilities and energy,” she said, “but I also wanted to look at climate change from a development perspective and how the environment and international development intersected. So that’s why I decided to go to Ethiopia and look at environmental conservation.”

Ng said the program at Oxford will allow her to deepen her understanding of market-based conservation, which aims to encourage people to protect the environment through economic incentives.

She pointed to Ethiopian Forest Coffee as an example. A major driver of deforestation in East Africa is farmers cutting down trees to plant crops, she said.

So Ethiopian Forest Coffee is working to develop a premium brand of forest and semi-forest coffee and an international supply chain to incentivize farmers to grow in the forest instead.

“I want to gain a deeper understanding of conservation in my first year (at Oxford) but also pair that with the entrepreneurship centres at the business school where I can think about how to continue making projects like that on my own,” Ng said.

The scholarship will be a boon long after she’s finished the program, she said.

“It will allow me to be debt free when I graduate, so when I think about my future path and my future job, I don’t have to worry about how I will pay off that debt and have to take a high-paying job to compensate for that, so it gives me the freedom to do whatever I want, and I think that’s really exciting.”

The Oxford program begins in October, and Ng said she hopes it will go ahead online if restrictions on international travel are still in place because of COVID-19.