The provincial government will not be intervening in the case, in which Trans Mountain is seeking to bypass city processes for tree removal
Jan 20, 2021 4:45 PM By: Dustin Godfrey 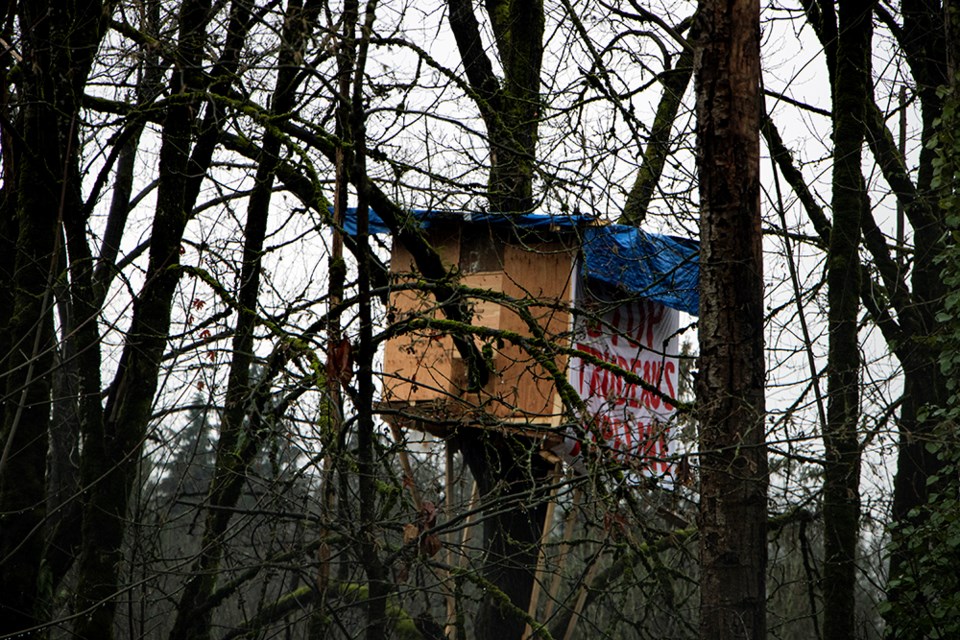 An initial list of intervenors in the case reportedly included the B.C. government, according to Burnaby Residents Opposing Kinder Morgan Expansion (BROKE), but a later list did not include the province.

The NOW asked the Ministry of the Attorney General if it had sought to intervene in the case and if not, why not.

In an email statement, the ministry only stated, “B.C. will not be intervening and has already notified the Canada Energy Regulator of this decision.”

BROKE, meanwhile, has expressed frustration that it was blocked from participating in the matter.

“It is not only a federal matter, it is very much a community matter. … We are the community at the end of this pipe, and we still say no,” said Elan Gibson, a BROKE spokesperson, in a news release.

Attorneys general from all provinces were invited to participate in the proceedings, but only the Province of Alberta, Alberta’s Department of Energy and the City of Burnaby are included as intervenors.

In filings with the Canada Energy Regulator, Trans Mountain argued BROKE should not be allowed to participate in the matter because. The federal Crown corporation claimed the group is not affected by the issue of tree removal and because it failed to include the required information in its letter seeking to participate.

“We are frustrated to be excluded. We believe our concerns are shared by many residents and that, more than the provinces of Canada, we deserve a seat at the table when deciding what happens to our trees,” Gibson said.

Trans Mountain noted the question is not whether the company can remove the trees but whether it is bound by the city’s processes for permitting the removal of those trees.

In a response letter filed with the CER, Gibson countered that the issue does apply to BROKE because the removal of trees affects air quality of residents in Burnaby. Gibson further wrote that tree removal will also cause soil erosion, which could cause more serious issues due to unstable ground.

A final verdict on the issue is expected to be issued in early February.