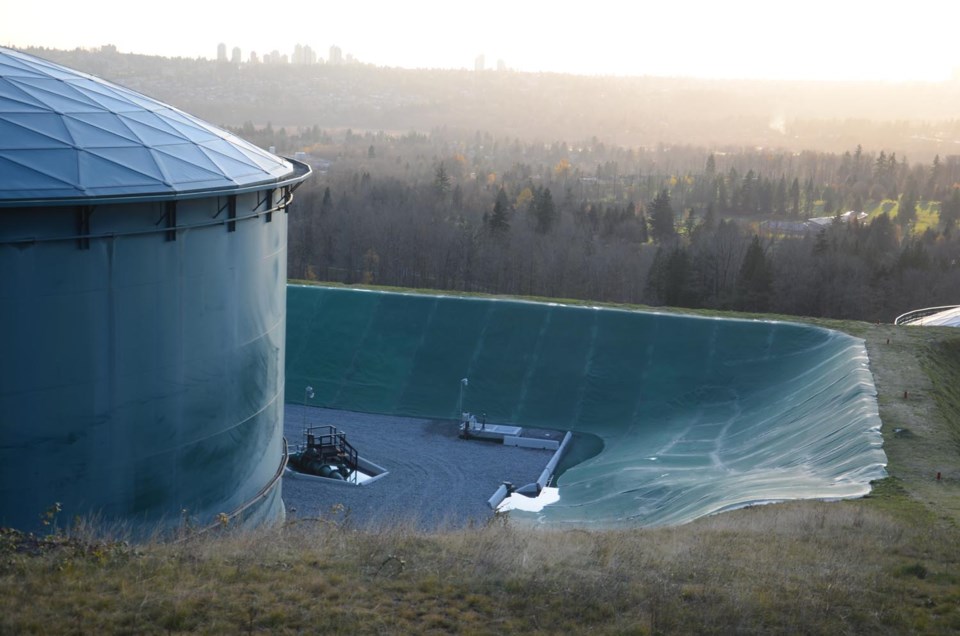 The NEB says Kinder Morgan pipeline application is complete and there will be a hearing for the expansion project.

While tension is mounting between Kinder Morgan and the city over access to Burnaby Mountain to assess the routing possibilities, the NOW is asking: Can Kinder Morgan actually drill through Burnaby Mountain? A report commissioned by the company raises serious issues about the stability of the soil and hazards on the mountain and even mentions a Trans Mountain project that was abandoned after a study of the area.
BGC Engineering produced a report last spring, investigating whether there are active fault lines on Burnaby Mountain, in response to a query from Belcarra councillors, raising concerns about locating the Westridge Marine Terminal on top of a geological fault zone.
The report reviewed historical geological surveys for the area, and over the years, geologists seem to be unclear about whether the mountain is marked by fault lines or breaks in the soil caused by landslides. The report concluded there was no evidence to support the idea that there are active fault lines - but the authors couldn't rule them out either and suggested more geological surveys are needed.
"The absence of known active faults is due to the absence of evidence, but not the evidence of absence," the report stated.
The report also cites a 1958 study, outlining several historical examples of problems associated with building on the mountain.
For instance, the City of Burnaby had trouble maintaining alignment and grade of a water main built on a slope. There was a school building located within a slide area that was damaged and later abandoned, after "permanent ground displacement," possibly worsened by the 1947 Vancouver Island earthquake.
Shell Oil Co. abandoned plans for a "large installation" in the area because of unstable soil conditions, and Trans Mountain Pipelines also cancelled an installation after studying in the area. (The report does not state what those installations were.) The old department of highways also had maintenance challenges, due to the settling and cracking road surfaces, and the Canadian Pacific railway required frequent maintenance to keep the track level.
Much of Burnaby Mountain is city-owned land designated as a conservation area, and there is a large swath across the entire northern face with rugged, steep terrain and cliffs.
Kinder Morgan is proposing to use horizontal directional drilling to thread a pipeline through the western corner of the mountain to create a beeline from the tank farm to the terminal. This preferred route, which was not included in the original application to the National Energy Board, avoids the Westridge area, where many residents do not want the pipeline coming through their neighbourhood.
The report suggested further work at the detailed design phase of the pipeline project, which is already underway. There are 434 geohazards - erosion, rocks falling, flooding, for example - along the entire route of the line, from Edmonton to Burnaby. Based on Kinder Morgan's application, the plan to deal land related hazards is to avoid them and design the line in a way that minimizes impact.
"Locate pipeline and facilities to avoid avalanches," is a typical example of phrases found in the application.
Whether it's feasible to even drill through the mountain remains unknown.

UPDATE: This story has been updated to reflect that the detailed design phase of the project is already underway.