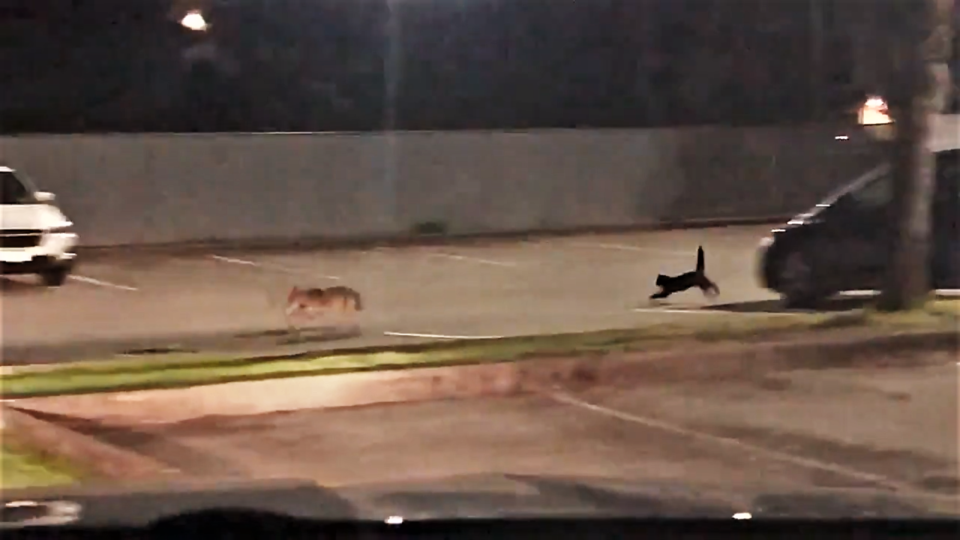 A cat gets the drop on a coyote.Port Moody Police Department / Twitter

A late-night patrol in Port Moody caught an interesting sight.

While in a parking lot at 4 a.m. one night this weekend, Port Moody Police Department officers spotted a standoff and let it play out. It was between a cat and a coyote.

In a video shared on Twitter a black cat and coyote are facing off near a lone car parked in the lot. The coyote approaches the cat cautiously at first before the cat launches at the coyote.

They do a lap around the car before the coyote bolts for the exit with the cat close behind.

They add in a separate tweet that they followed the pair a short distance as the coyote left the area. The cat was later seen doing its own patrols of the parking lot the next day.

A Vancouver Police Department officer asks, jokingly, if they can borrow the cat to help with the coyotes in Stanley Park.

Can we borrow the cat for a few days? #StanleyParkCoyote