School may have started up again this week in Burnaby, but some local students took their learning to new heights during the summer months. Here are a few things these overachievers were up to.
Sep 5, 2019 10:44 AM By: Cornelia Naylor 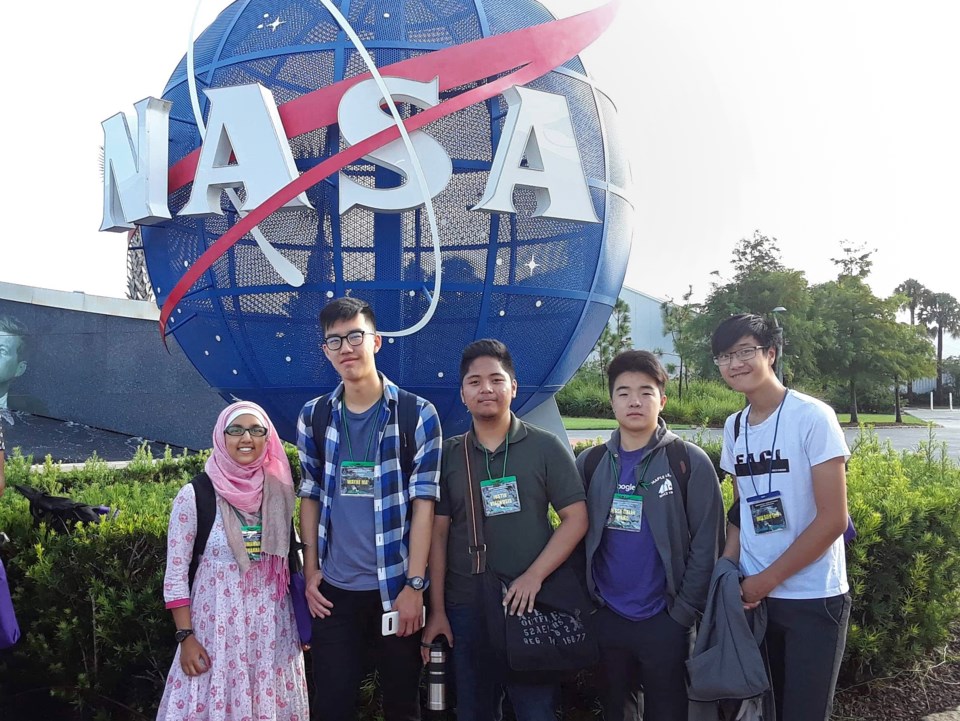 School may have started up again this week in Burnaby, but some local students took their learning to new heights during the summer months.

Here are a few things these overachievers were up to.

Three Byrne Creek Secondary School students travelled to NASA’s Kennedy Space Centre in Florida in July and came away winners in a NASA-backed contest that involved designing a habitable space colony on the moon.

Justin Viacrusis, Umamah Mokarram and Wayne Ma were part of the first Canadian team to officially qualify for the Space Settlement Design Competition, a three-day contest that simulates the experience of working on an aerospace industry proposal team.

Competitors were organized into four teams and tasked with designing a minimum 16,000-resident space colony for the year 2059, including everything from the overall structure to transportation to sources of construction material, as well as estimated costs and a completion schedule. The Canadians were grouped with 37 other students from the U.S., India and Uruguay and helped to craft the winning proposal, earning Apollo 11 50th anniversary medals and a Saturn V rocket trophy. It was an eye-opening experience, according to Viacrusis.

A team of student from St. Thomas More Collegiate travelled to Bologna, Italy at the end of June to participate in CanSat, a competition put on by the European Space Agency.

Teams are tasked with showcasing the scientific merit of a student-built, data-collecting probe that can fit inside the volume of a typical pop can that is launched 1,000 metres into the atmosphere in a rocket. Philip Stachura, Ethan Rajkumar, Ryan Rizzo, Mike Wang and Victor Chen made up the STMC team, which represented Canada at the competition for the first time.

Burnaby Mountain Secondary student Jerry Sun was in Hong Kong in July and August for the International Geography Olympiad.

The event is the largest annual youth geography competition in the world, attracting teams from dozens of countries. Sun and his three Ontario teammates tested their geography skills and knowledge in a written test, a multimedia test and an extensive fieldwork round.

Participants were also scheduled to take part in a mapping exercise with Doctors Without Borders that would have seen them explore Hong Kong together with fellow competitors, but that event was cancelled because of the ongoing anti-government protests in the city.

Three Burnaby high school students went on a trade and development mission to Southeast Asia with Global Vision in July.

Jason Liao, Sameer Esmail and Vivian Xie were part of a delegation of 22 Global Vision Junior Team Canada Ambassadors who visited Malaysia and Singapore to promote Canadian industry and culture and advance the connections between Canada and its international partners. The team was scheduled to visit Hong Kong as well, but that segment of the mission was also cancelled because of ongoing protests there.