The Gap is looking to close several stores in Canada, but hasn't said if the Burnaby outlet is one of them
Dec 14, 2020 4:46 PM By: Chris Campbell 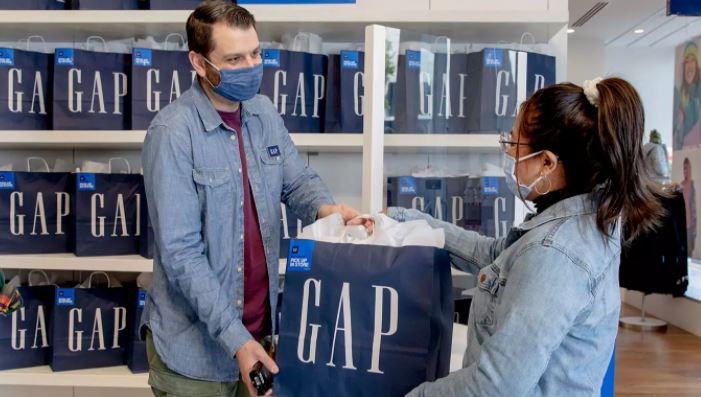 The future of the Gap in Burnaby at Metropolis at Metrotown is unclear. Photo by Gap Inc.

The retail world was rocked recently when casual clothing giant Gap Inc. admitted that it was closing its flagship store in Canada.

The store is located at 60 Bloor St. West and has been there for about 30 years. It’s an institution in Toronto, but it’s closing in January 2021.

But it’s not just that one store that’s closing. Gap is looking to close many other stores in Canada as part of a restructuring plan that will push people to more online sales.

Gap has had a store in Burnaby for many years and the NOW contacted Gap to see if there were plans to close the store at Metropolis at Metrotown.

According to an email from Gap communications, the company won’t confirm that the Burnaby store isn’t on the list of ones it’s considering closing.

"We remain committed to making appropriate and timely decisions on stores that don't fit our vision for the future of Gap Inc.," they said. "We are confident these closures will help strengthen the health of our company moving forward."

Metropolis at Metrotown has seen a long list of stores close permanently during the COVID-19 pandemic. They include Frank & Oak, Microsoft, Freddy Pant Room, Pink and more.

One of the mall’s flagship stores, Hudson’s Bay, in enduring its own issues over unpaid rent in malls across the country. Last month, Coquitlam Centre shut down the Bay over unpaid rent, but it has since reopened after the company went to court.

In a judicial review filed on Thursday, the Toronto-based retailer called the province's approach "unreasonable" and "unfair" and asked to recognize that there is a need for a solution that prioritizes health and safety without jeopardizing the livelihood of thousands of retail workers and the future of many businesses.

The company argued the province's health data shows shoppers are not contributing to the spread of the novel coronavirus in any significant way and pointed out that Premier Doug Ford has even said his regulations are "100 per cent … not fair."

"The regulations are incoherent and devoid of logic and consistency," HBC wrote in its court filing.

The court application comes after the Ontario government ordered all non-essential businesses in Toronto and neighbouring Peel Region closed last month in an effort to contain surging COVID-19 infections.

The move sparked an outcry from small businesses that were forced to close temporarily, while grocery stores and other big box retailers were allowed to stay open and sell non-essential items.

A coalition of about 50 retailers, including HBC, even went so far as to sign a letter to Ford that argued the policy pushes more consumers to big-box and discount stores.

Hudson's Bay has 12 stores in the impacted areas and kept at least one, its flagship Queen Street location in Toronto, open on the first day of the lockdown.

It’s a rough time for retailers right now. We’ll update you when we hear more.