The Conservative Party of Canada has dumped Heather Leung as its candidate in Burnaby North-Seymour after the Burnaby NOW wrote about comments she made in 2011 claiming that “homosexuals recruit” children.
Oct 5, 2019 5:23 AM By: Chris Campbell 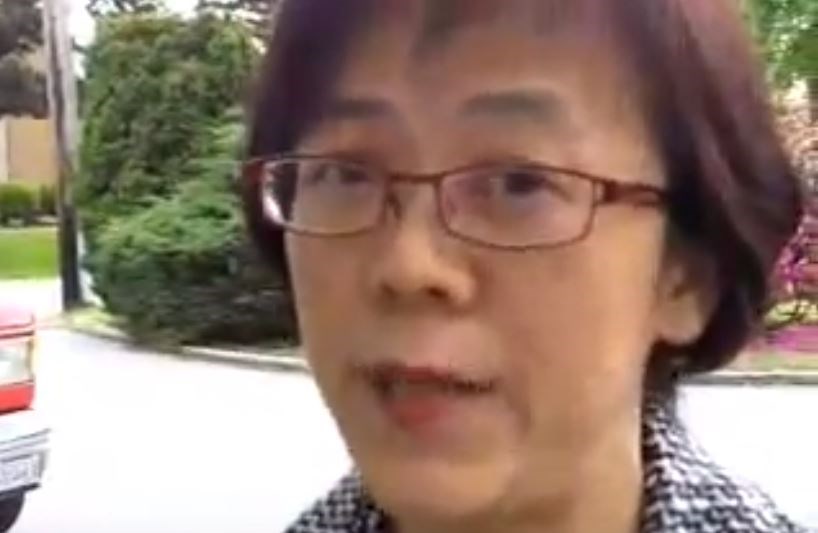 The Conservative Party of Canada has dumped Heather Leung as its candidate in Burnaby North-Seymour after the Burnaby NOW wrote about comments she made in 2011 claiming that “homosexuals recruit” children.

“Heather Leung is no longer representing the Conservative Party of Canada in the riding of Burnaby North-Seymour,” said a statement emailed to the NOW and other media outlets. “Recent media reports have brought to light offensive comments made by Ms. Leung saying ‘homosexuals recruit’ children, and describing the sexual orientation of the LGBTQ community as ‘perverted.’ There is no tolerance in the Conservative Party for those types of offensive comments.”

Earlier in the day, NDP candidate Svend Robinson, Liberal MP Terry Beech and Green candidate Amita Kuttner all called on the Conservatives to drop Leung as a candidate.

“I am today calling on Andrew Scheer as the leader of the Conservative Party of Canada to show leadership, to recognize that this candidate in Burnaby North-Seymour should be fired as candidate,” Robinson said. “In fact, she should be thrown out of Conservative Party if Andrew Scheer is serious in his words about respecting the rights of people from the LGBTQ community.”

Robinson, the first openly gay MP in Canadian history, said he has heard from many Conservatives who condemn Leung’s views and agree she should be dropped as a candidate.

Leung says in the video, recorded by former-Burnaby NOW reporter Jennifer Moreau, that Burnaby school trustees in 2011 were “digging a deep, dark pit for the next generation,” for its gay- and transgender-positive school board policy in Burnaby aimed at stopping bullying.“Because these homosexual people, they cannot produce the next generation. They recruit more people and more people into their camp.”

According to Robinson, the Conservatives cannot run another candidate in the riding because the Elections Canada deadline has passed.