Daughter lobbies for action on asbestos

When Dave Ford retired from a long career as an electrician at a Powell River pulp and paper mill, the late-60-something thought he had at least a couple decades to enjoy his golden years. Two years later, he was diagnosed with cancer.
Oct 1, 2015 12:24 PM By: Tereza Verenca 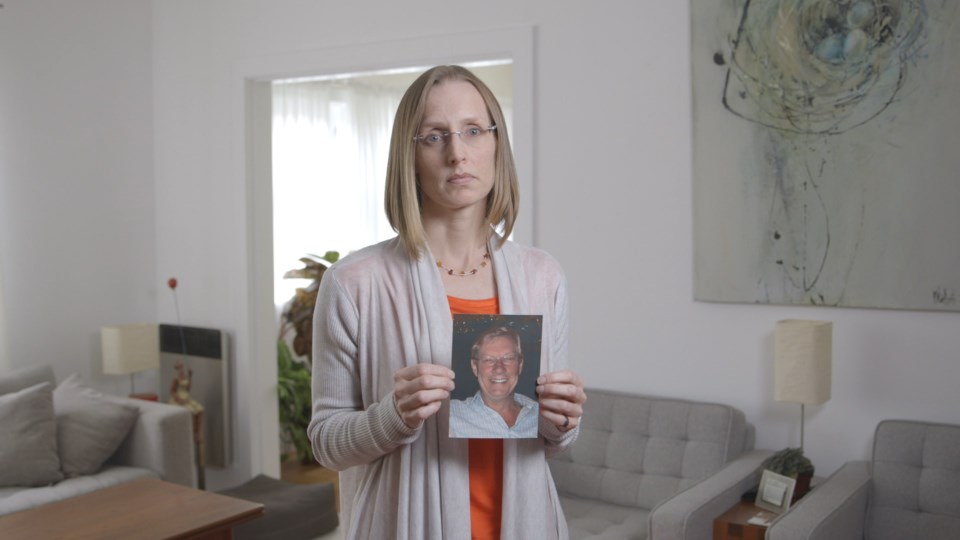 Tracy Ford holds a photo of her dad, Dave, who died of mesothelioma, 18 months after he was diagnosed. This type of cancer is caused by exposure to asbestos, which Dave had come into contact during his career as an electrician.Contributed

When Dave Ford retired from a long career as an electrician at a Powell River pulp and paper mill, the late-60-something thought he had at least a couple decades to enjoy his golden years.

Two years later, he was diagnosed with cancer. Eighteen months after that, he died.

“I think we were all completely shocked,” his daughter Tracy told the NOW. “As far as we knew, he was healthy, he hadn’t had health issues throughout his life, or anything like that. It came completely out of the blue.”

Ford was diagnosed with mesothelioma, a cancer in the lining of the lung caused by exposure to asbestos.

“He was always so safety conscience at work,” Tracy said. “But sometimes people don’t know. I mean, my dad didn’t know that the products he was handling had a deadly material in them.”

Tracy, who lives in New West and works in Burnaby at an engineering firm, has collaborated with WorkSafeBC to create awareness that work-related diseases – like those related to asbestos – have become the leading cause of work-related deaths in the province, surpassing traumatic injuries.

In 2014, asbestos-related diseases resulted in 77 deaths, 18 more than in 2013, according to new WorkSafeBC statistics.

After her father’s passing, Tracy and her mom decided to do something. Originally, the pair wanted to host a one-time fundraiser in Powell River, with all proceeds to be donated to a Canadian asbestos-related charity.

“I couldn’t find any, and I thought that was a little odd because after my dad passed away, we learned asbestos-related diseases were the No. 1 occupation killer right across Canada and it was a global issue.”

After making some connections, the pair launched the Asbestos Related Research, Education & Advocacy (AREA) Fund in 2010.

The money has gone to support an array of initiatives, including a symposium on mesothelioma, a UBC study that sought to determine why few mesothelioma victims apply for compensation, and more.

An awareness walk called “Walk for Truth” was also established as another way of getting the word out about asbestos.

“We don’t want to scare people,” Tracy told theNOW. “There’s nothing we can do about past exposures, and many people will get exposed and not get sick. The problem is that unfortunately, thousands do.”

She added she and her family live in a 1930s home that was renovated in the ’70s and contains asbestos.

“When we did renovations a couple of years ago, we paid someone to come and remove it. I know a lot of people complain about the money, but it’s really worth it.

“There are no known cures for the diseases asbestos creates, and there’s no known safe exposure level. If you’re going to do any sort of renovations, demolition, even repairs where you’re cutting into steel and tiles, have the material tested.”

Tracy added the process was a bit “scary,” in that everything had to be taped off and workers had to wear biohazard suits.

Besides creating awareness and providing financial help to asbestos-related research, the Fords want action. They want the Canadian government to ban the mineral, followed by a comprehensive strategy that outlines support for victims and addresses other lingering effects.

“Hopefully preventing some people from going through what he had to go through,” Tracy said.