Only 4% identified as "affordable" rental, but plans are evolving, says Ivanhoé Cambridge
Nov 26, 2019 6:08 AM By: Kelvin Gawley 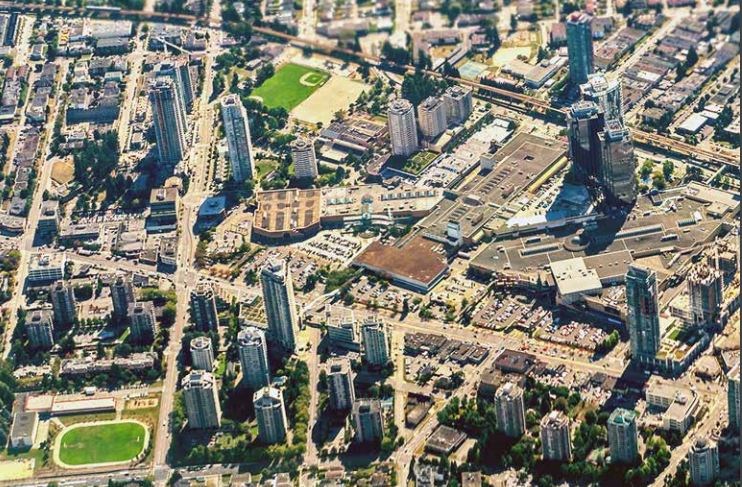 Canada's third-busiest mall, Metropolis at Metrotown, will be replaced with a new downtown core, if a developer's plans go ahead.City of Burnaby

The owner of Burnaby’s biggest mall has unveiled new details in its plan to turn the Metropolis at Metrotown shopping centre into a vibrant downtown core.

On Monday, Ivanhoé Cambridge hosted an information session in the mall’s central atrium to share some of its massive redevelopment plans for the site.

Shoppers passing by got a glimpse of how the area could change over the next 70-plus years. A series of placards laid out the ambitious plans promising Metrotown could become an “urban core that rivals Vancouver.”

“I heard about it already, so it’s nice to see it laid out (with) pictures, and to see what they’re going to do,” said Harry Tan, who owns a condo nearby.

Ivanhoé Cambridge plans to demolish pieces of the existing mall bit by bit as long-term leases expire and fill the site with new roads and buildings. The plan calls for a focus on transit and active transportation, 40% tree coverage and multiple public plazas.

Tan said the thinks the changes will make the area “feel like a downtown.”

This is how developer Ivanhoe Cambridge plans to break up the Metropolis at Metrotown mall over the coming decades: lopping off bits of the mall bit by bit and building roads through the area. #vanre #vanpoli pic.twitter.com/xU1kRNH37K

Graeme Silvera, Ivanhoe’s vice president of development and retail, said his firm plans to build roughly 15,000 units of housing on the site, approximately 27% of which will be rental.

He compared that to the Expo lands on Vancouver’s North False Creek, where some 8,000 units have been built over the last 40 years.

A placard said 4% of the housing would be “affordable” rental, but Silvera said it could be as high as 15% if you count units that will be “vacancy controlled” – meaning the owner will be limited in how much it can increase the rent when tenants turn over.

Asked whether Ivanhoé was using the same definition of “affordable” as the city of Burnaby – 20% below the average area rents found by the Canada Mortgage and Housing Corporation – Silvera said his firm would stay in step with the municipality’s policies in the coming decades.

“This is an evolving chart,” he said of the graphic showing the percentages of housing types planned.

The developer also hopes to attract a new events centre to be built on the site of the current bus loop near the Metrotown SkyTrain station. The City of Burnaby is in the early stages of planning for a Metrotown Events Centre but has yet to decide on an exact location.