The district is the only municipality on the North Shore that doesn’t include Indigenous land acknowledgements at the opening of their general council meetings.
Feb 25, 2021 10:48 AM By: Elisia Seeber 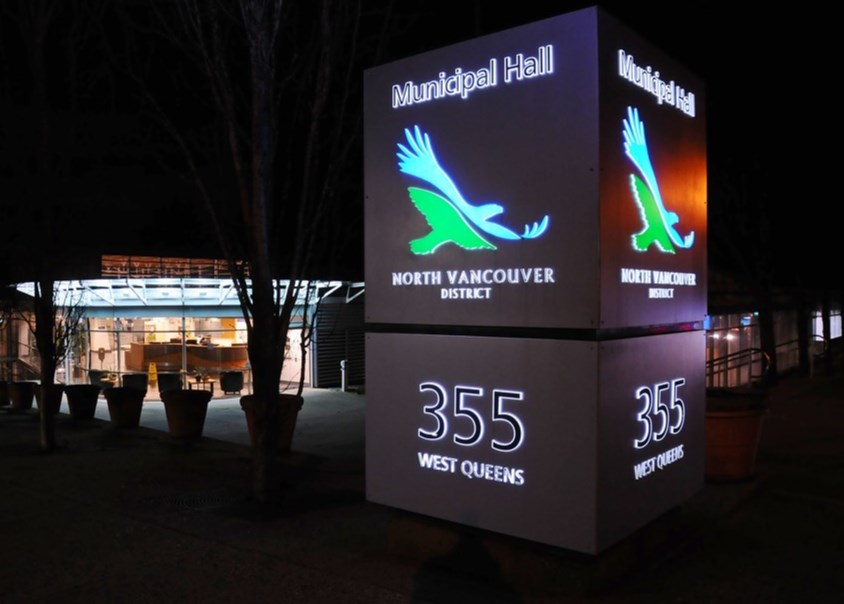 The District of North Vancouver is set to start looking into how best to include Indigenous land acknowledgements in future council proceedings. Cindy Goodman, North Shore News files

The District of North Vancouver is set to start looking into how best to include an Indigenous land acknowledgement in future council proceedings.

At the moment, the district is the only municipality on the North Shore that doesn’t include a land acknowledgement at the opening of their general meetings.

Coun. Jim Hanson put forward the motion at Monday’s (Feb. 22) general meeting to set the wheels in motion to make a change to council proceedings as a positive step toward reconciliation.

Hanson said the motion arose out of his service as a district representative on Metro Vancouver's Indigenous Relations Committee, which he has been on since 2015.

In his opening speech, he quoted former Senator Murray Sinclair, who was the chairman of the Indian Residential Schools Truth and Reconciliation Commission from 2009 to 2015.

“Respect. That is a word that Murray Sinclair says lies at the very heart of reconciliation and I believe that is the word that we must consider when we think of a path forward,” Hanson said.

“I believe that land acknowledgements by local governments are a way of simply showing that respect. I have drafted this motion so as to ensure that the involved First Nations, our friends, and our neighbours of the Squamish and Tsleil-Waututh nations, will be consulted in the process.

“If our goal is to show respect. We must ensure that whatever land acknowledgements we adopt are perceived to be respectful by them.”

Council voted unanimously in favour of the recommendation that staff report back to council on options for introducing the protocol of conducting Indigenous land acknowledgements during council proceedings; and that staff consult with the appropriate First Nations whose territories would be included.

The move is in line with council’s Dec. 7, 2020, decision to pass motions to join the Coalition of Inclusive Municipalities and to support implementation of the municipal-specific Truth and Reconciliation Commission of Canada Calls to Action.

“Recognizing traditional territory is often seen as a first step in demonstrating a willingness to learn the truth about our shared past, and, is, therefore, an appropriate next step for the DNV to take toward advancing the municipal-specific Calls to Action,” the report to council stated.

Councillors were mostly on the same page when it came to moving forward with discussions on the matter, but did question whether a land acknowledgement was the most appropriate first step toward reconciliation.

Coun. Lisa Muri echoed Hanson’s sentiment, saying it was “entirely appropriate to begin our meetings in this way and it’s absolutely a respectful way to acknowledge the original owners and settlers of this land.”

While Coun. Jordan Back agreed a land acknowledgement is an important step, he also pointed out that they only represent a small part of the broader reconciliation effort.

“My hope is that in crafting these statements we would be working hand in hand with the Squamish and Tsleil-Waututh nations to really make this all about them because it needs to obviously be something that they are very, very much a part of and ensure that the language is as meaningful and relevant to them as it can possibly be," he said.

“This really is an ideal opportunity to start those broader discussions around what reconciliation really means in our community and what other specific actions we can be taking.”

“This is one piece of lifelong work,” added Coun. Megan Curren, also stating it was a chance for council to learn a lot more about the issue.

Meanwhile, Coun. Mathew Bond said the motion was a “start in the process” but also raised questions regarding the appropriateness of when to include the land acknowledgement at council meetings and whether it was the best first move to make.

In a similar vein to Bond, Mayor Mike Little agreed the district needed to establish a land acknowledgement with its First Nations neighbours but was unsure if having a short comment at the beginning of council meetings was “necessarily substantive or constructive.”

“They don't have enough information in them,” he said. “They don't actually tell the story of the history of the land and people's connection to the land. “And, so, I think what we should be doing is preparing a longer statement and putting it on our website and putting it in the agenda package. We can use it at special events as a recognition, but it should be more substantive than the short ones.”

District is taking a 'wise approach'

Khelsilem, Dustin Rivers, a spokesperson for Squamish Nation, said the district was taking a “wise approach” on the matter.

“To first establish the goal, that includes consulting the local nations, I think, is really important,” he said.

He said the history of territorial acknowledgements went back to a time period when there was no recognition of Aboriginal rights in Canada’s constitution.

“It goes back to a time when there was a very blatant, very ubiquitous denial of indigenous rights and title,” he said. “So, when we go back to that time period and look at where that tradition originated from, it was about defining, at the time, conventional wisdom and speaking truth in a world where that truth was not wanted or respected.

“We have come a long way because we started with the truth. And the truth has then led organized institutions like municipalities to do reconciliation work amongst themselves and that leads into other work that comes up in the future to advance positive indigenous relations.”

Khelsilem said the district had taken a positive step forward by supporting the motion.

“Different organizations and institutions are at different levels of readiness and growth in this regard,” he said.

“But, it is a welcome step and the Squamish Nation looks forward to the conversation with the District of North Van around these issues and to further conversations around how we can continue to have a positive working relationship with our neighbouring government.”

Elisia Seeber is the North Shore News’ Indigenous and civic affairs reporter. This reporting beat is made possible by the Local Journalism Initiative.