Does this company's $178M losses put its 2 Burnaby projects in doubt?

The movie theatre company that operates out of Burnaby’s biggest mall – Metropolis at Metrotown – and is building two large entertainment centres in Burnaby, is going to court. Cineplex Inc.
Jul 4, 2020 8:39 AM By: Chris Campbell 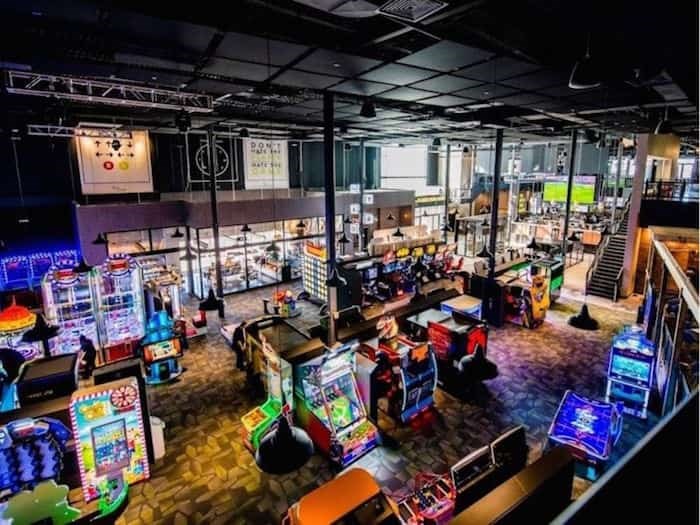 A massive Cineplex Rec Room was supposed to open in spring at the Amazing Brentwood in Burnaby.Cineplex

The movie theatre company that operates out of Burnaby’s biggest mall – Metropolis at Metrotown – and is building two large entertainment centres in Burnaby, is going to court.

Cineplex Inc. has filed a lawsuit against its former suitor Cineworld Group PLC, seeking damages over the U.K. company's failed acquisition that could exceed the $2.18 billion outstanding on the deal.

The failed deal and the COVID-19 pandemic closing all Cineplex theatres has dealt huge blows to the company. It is currently building a new five-screen VIP theatre at the Amazing Brentwood in Burnaby. It is also building one of its Rec Room entertainment centres in the same mall.

Both projects are currently under construction as Cineplex makes a big expansion into Burnaby.

Cineplex, however, only reopened its Burnaby theatre on Friday and the company announced recently that its revenues had plummeted $178 million in the past few months.

It’s unclear how these massive losses will impact its Burnaby projects.

On Tuesday, Cineplex said it reached a deal with its lenders to provide some financial relief due to the pandemic, but warned about its ability to "continue as a going concern."

If completed, this would be Cineplex’s ninth Rec Room in Canada. It’s more than 40,000 square feet of “eats and entertainment” that was due to open sometime this spring. The Rec Room, if opened, was expected to offer 190 permanent jobs, including 16 full-time management positions. Half of the space will be dedicated to dining and live entertainment, with the other half set for games and feature attractions.

The Canadian movie theatre operator filed the suit in Ontario Superior Court on Friday, detailing what it claims was "a case of buyer's remorse" on the part of the U.K. company in the middle of a pandemic that's seen cinemas across the world unable to operate.

Cineworld walked away from the $2.8-billion deal on June 12, saying it had become aware of a material adverse effect and breaches by the Toronto-based company.

Cineplex says it complied with its obligations under the agreement and vowed to "vigorously defend any allegation to the contrary."

The Canadian chain is seeking damages that include the $2.18 billion that Cineworld would have paid had the deal closed, minus the value of Cineplex's securities retained by its holders.

It's also seeking compensation for the $664 million in debt and transaction expenses that Cineworld would have shouldered had the deal successfully closed, as well as repayment of certain "benefits" it received as part of the transaction.

A representative for Cineworld did not respond for comment.

Sarah Van Lange, a spokeswoman for Cineplex, says it's "not possible for Cineplex to determine the amount of damages" it's seeking in total, due to uncertainties inherent in litigation, including the determined value of Cineplex shares.

The company's share price has fallen substantially since the Cineworld deal was struck in late 2019, due to a confluence of factors that included weakened optimism for the 2020 movie slate, and the sudden closure of theatres due to COVID-19 in March.

Cineworld offered to buy Cineplex at $34 per share, a 42 per cent premium on the chain's stock price at the time, but by March the company's shares had dropped below $10 on the Toronto Stock Exchange. Cineplex closed at $8.50 per share on Friday.

The Canadian exhibitor has slowly resumed business at locations in certain parts of the country, including British Columbia and Alberta, though the company delayed a more extensive reopening plan as Hollywood studios delayed the release of most of their titles due to an escalation of virus cases in some U.S. states.