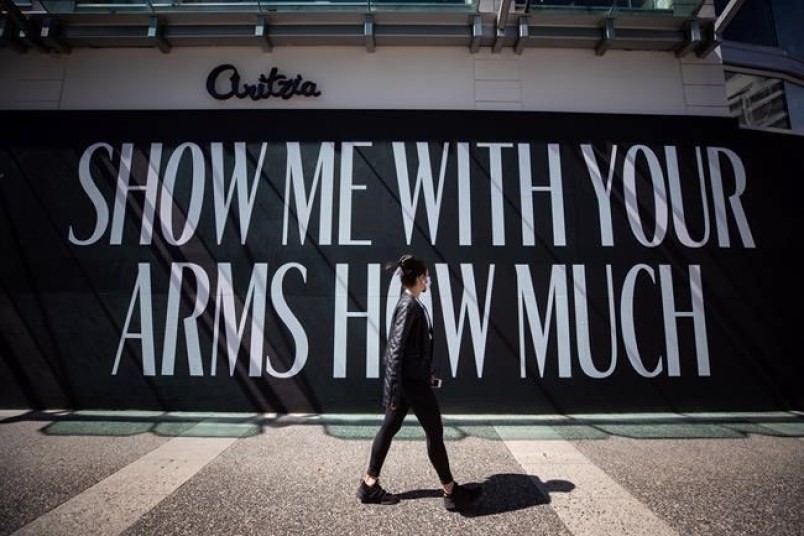 The bad news in retail in Burnaby has been seen all across the city.

Just in the past few weeks, shoppers have seen companies like Addition Elle, DavidsTea, Thyme Maternity and Ronsons either keep their Burnaby locations closed – possibly forever – or announce they will be closed permanently this summer.

Microsoft will not reopen its huge store in Metropolis at Metrotown and Aldo has filed for creditor protection.

The impacts of COVID-19 have been the final nail for some struggling retailers, and restaurants as well. Nando’s in Burnaby has shut down one of its locations.

Aritzia Inc., which operates out of Metropolis at Metrotown, reported a whopping first-quarter loss and revenue drop after temporarily closing all its stores due to COVID-19 health precautions, but the clothing retailer sees an opportunity to expand its business amid the global pandemic."It wasn't easy seeing all our boutiques closed ... and the corresponding decline in our revenues and our profitability," said CEO Brian Hill.

The Vancouver-based retailer closed its 96 stores on March 16 and saw a significant decline in sales in the first two weeks of that month. Despite the drop in overall revenues, e-commerce sales grew more than 150 per cent during the quarter.

Aritzia started a phased reopening of stores on May 7. Thirty had reopened by the end of the quarter and 89 as of July 9, including in Burnaby.

Reopened stores have exceeded the company's expectations so far, said Hill, noting the company is viewing the second quarter "with cautious optimism as we prepare for a period of recovery."

During the first five weeks of the quarter, reopened stores have performed at 55 per cent to 65 per cent of last year's revenue levels, he said, calling that "well above our initial expectations."

"We don't know what the new normal will hold until sometime next year."

Aritzia's net revenue for the first five weeks of the second quarter were down 25 per cent to 30 per cent compared with the same time last year, said chief financial officer Todd Ingledew.

E-commerce revenue remains strong, though growth has moderated since most of the company's stores have reopened, he said, and is currently trending 50 per cent to 100 per cent higher than last year.

Aritzia plans to open five or six new stores and reposition three existing locations, primarily in the second half of the fiscal year. Half of the leases the company has signed were negotiated after the pandemic began and reflect what he called "compelling post-COVID financial terms."

The real estate opportunity for Aritzia right now is "unprecedented," said Hill, noting that the company is understored and many other retailers are shutting their bricks-and-mortar locations.

"So much so, it's hard to determine at this point if our stores were more profitable prior to COVID-19 ... or our new stores will be more profitable as a result of new economics post COVID-19."