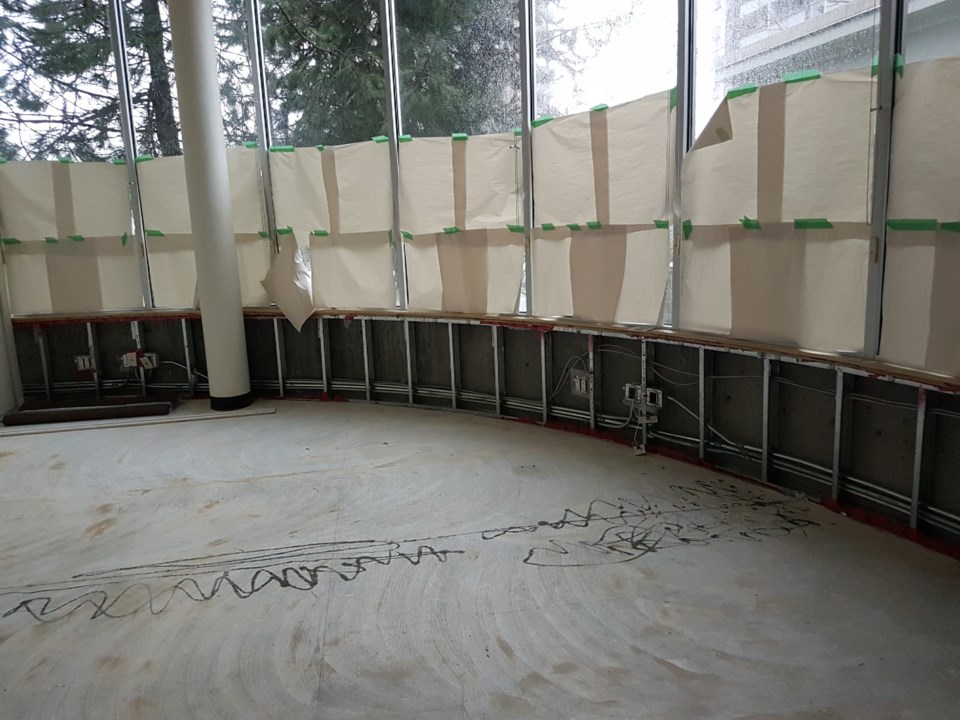 Burnaby Family Life has shut down its Metrotown location after a “significant” flood in early December.

Executive director Michel Pouliot told the NOW the first incident happened on Dec. 8 when the bathroom experienced a small leak because of a clogged sewer pipe.

“The pipe was clogged with grease. We’re still trying to ascertain exactly where it came from, but all signs are pointing to one of the restaurants in the building,” he said.

The situation got worse the next day when plumbing crews cleared the pipe and discovered more clogs, which ended up flooding the entire unit, located at 6140 McKercher Ave.

The content that was salvageable had to be removed and placed in storage, noted Pouliot. Everything else will have to be replaced by Burnaby Family Life’s content insurance policy – some $30,000, he said.

Meanwhile, the remediation work, expected to be complete by early April, will be covered by the strata and the city’s insurance company (the building is owned by the city).

But the most “unfortunate loss,” according to Pouliot, is having to close down the centre’s programs. Last year, Burnaby Family Life launched an occasional childcare program at McKercher, offering child-minding services for kids aged 18 months to five years. The new childcare model gives parents by-the-hour options.

The worst part is the agency recently did a mass mail out campaign, advertising the program, said Pouliot.

“We’ve been getting lots of calls from interested people, only to have to tell them, ‘I’m sorry, we don’t have a location right now to offer it from,’” he said.

Pouliot added since it’s a cost-recovery program, staff need to make sure there is enough interest to keep it running. But they’re not there yet.

“You might argue, ‘Boy, this is great. Our doors are closed. We’re not incurring a lot of costs right now.’ But it’s a lost opportunity, particularly for the people who were reached by the mail out,” said Pouliot.

Burnaby Family Life also had a partnership with the Immigrant Services Society of B.C. to deliver child-minding to their English language classes. That partnership had to be terminated early because of the flood.

Other programs affected include two family drop-in initiatives. Pouliot said one was relocated to Burnaby Neighbourhood House while the other was cancelled.

There’s also an English literacy programming starting up in April, added Pouliot, who remains hopeful everything will be up and running by then.

But the cost of replacing all that was lost will fall somewhat short of what is covered by insurance, said the executive director.

“In addition to these costs, we have some basic costs such as rent that just aren’t covered anymore given that we don’t have any revenue to cover them until we can operate again,” he said.

Pouliot couldn’t give an estimate on how much more money Burnaby Family Life will need to recuperate everything, but suggested any donation is welcome.