Four Burnaby elementary schools participated in their own Hunger Games this month. Unlike the best-selling books and movies, though, their version wasn’t a zero-sum scenario with only one winner.
Jun 20, 2019 11:31 AM By: Cornelia Naylor 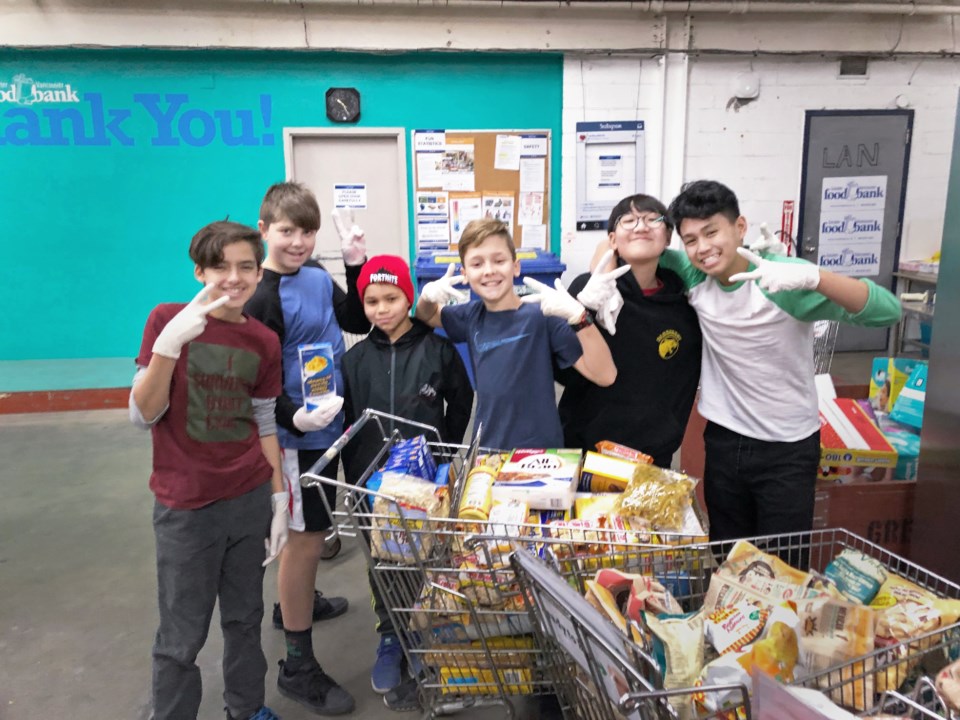 Four Burnaby elementary schools participated in their own Hunger Games this month.

Unlike the best-selling books and movies, though, their version wasn’t a zero-sum scenario with only one winner.

Instead, it was competitive food-drive benefitting the Greater Vancouver Food Bank.

Parkcrest Elementary head teacher Holly Lloyd came up with the idea of a June food drive earlier this year after taking students from her school to volunteer at the food bank.

“We learned all about the food bank, and most of the kids didn’t know – and neither did I – that the time they are in most need of food is actually the summer,” she said.

Instead of just holding a school-wide event, Lloyd decided to dispatch teams of Parkcrest students – armed with a PowerPoint presentation – to a few other schools to see if they could get them involved.

They ended up getting Lochdale, Capitol Hill and Montecito on board, and, between June 10 and June 14, the four schools collected a total of 2,583 items for the food bank (with each dollar and each box or can of food counting as one item).

Burnaby North Secondary didn’t participate in the competition itself but pitched in some donations to add to the total after the high school’s leadership class heard the Parkcrest student’s presentation.

Putting on the event was extra work, but Lloyd said she’ll likely organize another Hunger Games next June.

“Maybe we can make a difference, and it won’t be the summer time that’s as low in food if our schools all get together,” she said.