For this Burnaby volunteer, the best way to a neighbour's heart is through their stomach

Meet Your Burnaby Neighbour is a monthly series profling volunteers with Burnaby Neighbourhood House. Meet Francesca Cignerova, in her own words: “I was never the type of person who makes grand gestures or saves lives.
Jan 30, 2019 8:18 AM By: Contributed 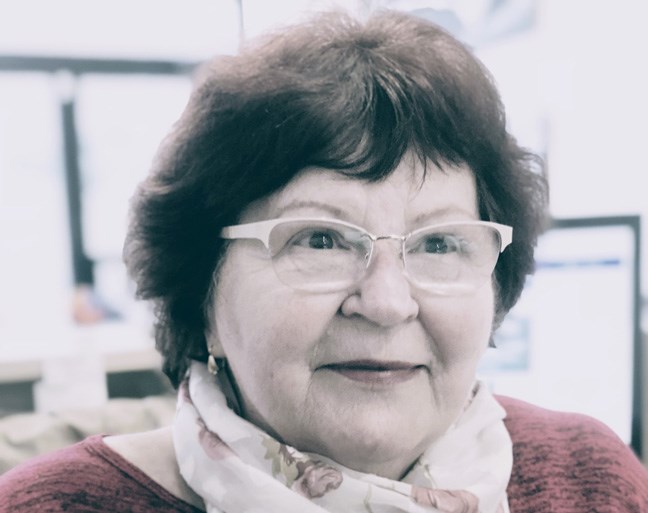 “I was never the type of person who makes grand gestures or saves lives. I just love to cook and chat with people, but this story changed my life.

I will never forget that misty morning in September 2017, when my friend called and said that her husband had been in a motorcycle accident.

She was told not to come alone to the hospital, so I went with her. We were waiting for ages and finally they sent us home after explaining that her husband’s condition was serious. He was involved in a head-on collision with a bus. I brought her to my home, gave her some sleep medication and the next day we went back.

One week, later her husband died. I was in shock, but she seemed to accept it quietly. Her behaviour seemed so normal that I let her go home and just called her every day.

One week later, she collapsed and had a total breakdown. She wasn’t able to do even the most basic daily tasks, like getting out of bed in the morning, shopping or visiting with her children and grandchildren. She lost interest in her life.

I felt helpless and didn’t know what to do. So I did the one thing I love to do - I started to cook for her. Each day I brought her a different dish to try with a homemade loaf of our traditional Czech bread.

I even started to read a new joke to her each day. After four months, she actually managed to laugh at one of my jokes. After five months, she agreed to visit her children and grandchildren. After a year, she became more like her old self.

I stopped visiting her daily and we just called each other. And today, we are still calling each other and our friendship is going strong. I still cook for her, but not as often.

We take trips, go out for sushi and I have even started to go to the movies with her. We have fun. I truly believe that it is me who has profited from this situation and received something precious. To help someone can be sometimes as valuable to the giver as it is to the receiver. That is why you have neighbours and friends, right? People shouldn’t stay home alone with their troubles and tragedies.”

Francesca has volunteered for the North Burnaby Neighbourhood House since 2015. Her passion for cooking is apparent – she is the head cook who coordinates all the North House’s Sharing Culture Dinners. Over the past three years, she accumulated 350 volunteer hours and at the same time became an important part of the North Burnaby Community. In 2018 she was awarded the Volunteer of the Year award at the Association of Neighbourhood Houses “Good Neighbours Awards”.

The Burnaby Neighbourhood House is a charitable, non-profit organization with a unique focus on neighbours supporting neighbours. Check us out at www.burnabynh.ca