Boy, that escalated quickly. As the deadline to file candidacy papers came to a close, four independent mayoral candidates entered the political fray, announcing their interest in Mayor Derek Corrigan’s seat on council.
Oct 14, 2014 10:42 AM By: Jacob Zinn 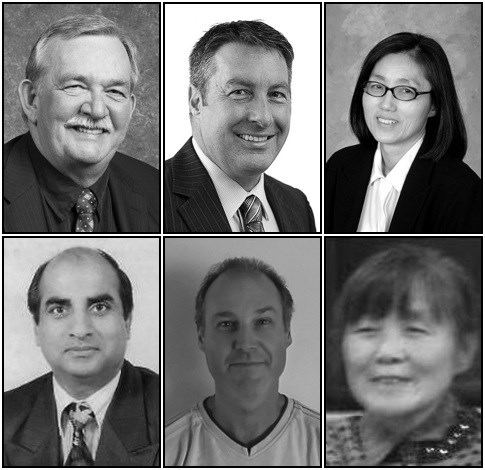 As the deadline to file candidacy papers came to a close, four independent mayoral candidates entered the political fray, announcing their interest in Mayor Derek Corrigan’s seat on council.

Chang, who was elected to school board in 2005, has lived in Burnaby for 30 years and has a passion for multiculturalism. Since 2011, she has organized multicultural forums to raise awareness for such issues as hate crimes, immigration, medical fraud and bullying. She has also lobbied the federal government to enact a Hate Crime Statistics Act.

On her second run for mayor, Gung has promised to freeze taxes, halt pay hikes and remove the school board “to thwart its political agenda.” She has also pledged to ban behaviours exhibiting sexuality, however minimal, including holding hands in public and kissing the bride at weddings.

With more than three decades of volunteer work ranging from transit to planning, Hutton has an interest in ensuring the wellness of Burnaby citizens. He wants to continue preserving and maintaining natural areas in the city and expand parks and public pathways for future generations. He also is calling for openness, accountability and fiscal responsibility from the local government.

Gupta, a realtor for 24 years who has lived in B.C. since 1974, ran provincially for the B.C. Conservative Party in Vancouver-Kensington last year and is now venturing into municipal politics. He has a laundry list of promises, including, but not limited to, cutting property taxes, spending more efficiently, creating higher paying jobs, providing affordable housing, developing benefits for businesses, improving traffic and transit, making local communities safer and protecting the environment.

Meanwhile, Corrigan is pursuing his fifth term as mayor, with an intent to further the economic, social and environmental development of Burnaby. Hancott, on the opposition, is running on his experience in businesses across Canada and his roots in the community in hopes of holding office.