'Get back to the table,' urges Burnaby mayor in Metrotown Hilton labour dispute that includes 'mass firings'

A representative of the British Columbia Government and Service Employees' Union says they see the company’s move as an opportunity to get rid of long-term staff
Apr 6, 2021 3:17 PM By: Cameron Thomson 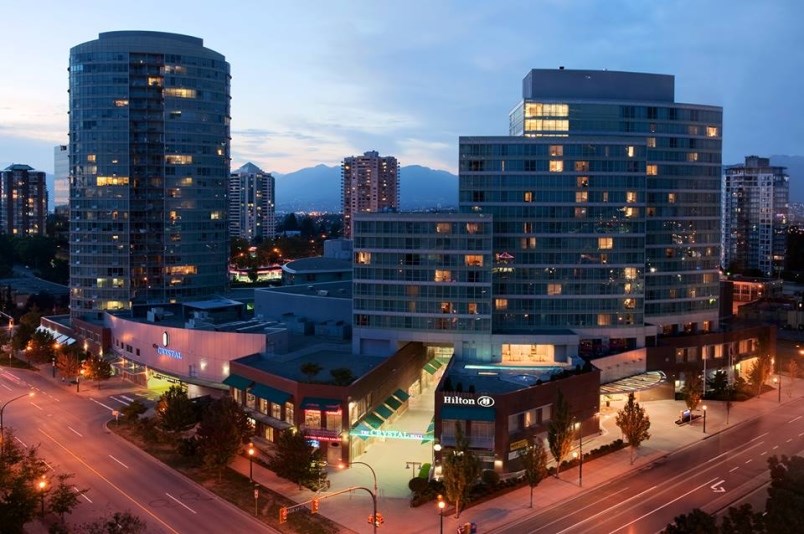 The Metrotown Hilton will be in a position to lock out workers as early as Friday morning.

“The hotel was like a family to me but not any longer.”

Those are the words of Sophea Kong, an employee of the Hilton at Metrotown who worked as a banquet server there for 15 years and was terminated last month along with many others in what the union has termed a "mass firings." Last week, 22 more long-term employees were also laid-off bringing total job losses to nearly 100.

On Tuesday morning the hotel issued a 72-hour lockout notice, sparking UNITE HERE Local 40 the union for hospitality workers in B.C., to call on other unions and politicians to condemn the hotel chain’s actions.

"Workers have asked management to guarantee they will bring them back to their jobs when work becomes available again and the Hilton Metrotown has refused," Malone said.

‘My savings are empty’

Sophea Kong was a speaker at the press conference who shared how the layoffs have affected her and her children.

“I'm a single mom supporting and raising three boys on this job. It was hard but I did it,” Kong said. "This job allowed me to earn enough money to cover my mortgage, car insurance and other bills and now my savings are empty.”

Baljinder Kahlon was also laid off by the Hilton location. At the press conference, she told media she is calling on Hilton management to “do the right thing.”

“Extend our recall rights so people can go back to work. The pandemic should not be used as a reason,” Kahlon said.

Also at the press conference was Burnaby mayor Mike Hurley, who urged Hilton management to reconsider the layoffs and potential lockdown.

“Get back to the table, deal with the layoff and recall provision of the contract, extend that until after this pandemic is over and allow these workers the dignity to return to their jobs as they all want to do,” Hurley said.

‘Permanent concessions for a temporary situation’

Teri Mooring, president of the British Columbia Teachers' Federation said the federation’s 45,000 members will be withdrawing all business from the Burnaby hotel. Mooring said business would not return from the federation’s members until there is a fairly negotiated collective agreement in place and the laid-off workers' jobs are restored.

“It is disheartening that hotels such as the Hilton at Metrotown are seeking permanent concessions for a temporary situation that we're in which is the pandemic," Mooring said.

Viveca Ellis of the Single Mothers Alliance pointed to the impacts these layoffs will have on racialized women, single mothers and children across the province.

“The actions of the Hilton if not reversed immediately will have a long-term impact on women and children's poverty in British Columbia potentially driving mothers onto income assistance and into more precarious work," Ellis said.

"We have heard loud and clear from laid-off single mother hotel workers who are now struggling to support their children and spiralling into poverty as their jobs and futures evaporate before their eyes," she added.

The British Columbia Government and Service Employees' Union is also urging its 80,000 members to stop giving business to the hotel, conditional on demands similar to that of the BCTF.

The Metrotown Hilton will be in a position to lock out workers as early as Friday morning.

The NOW has reached out to Hilton Hotels but has not heard back at this time.