It was a $120-million plan that would have brought a gondola transit project to Burnaby Mountain. But the idea was eventually scrapped a few years ago in favour of other transit projects around the region, like the Evergreen Line.
Jun 16, 2016 3:10 PM By: Jeremy Deutsch 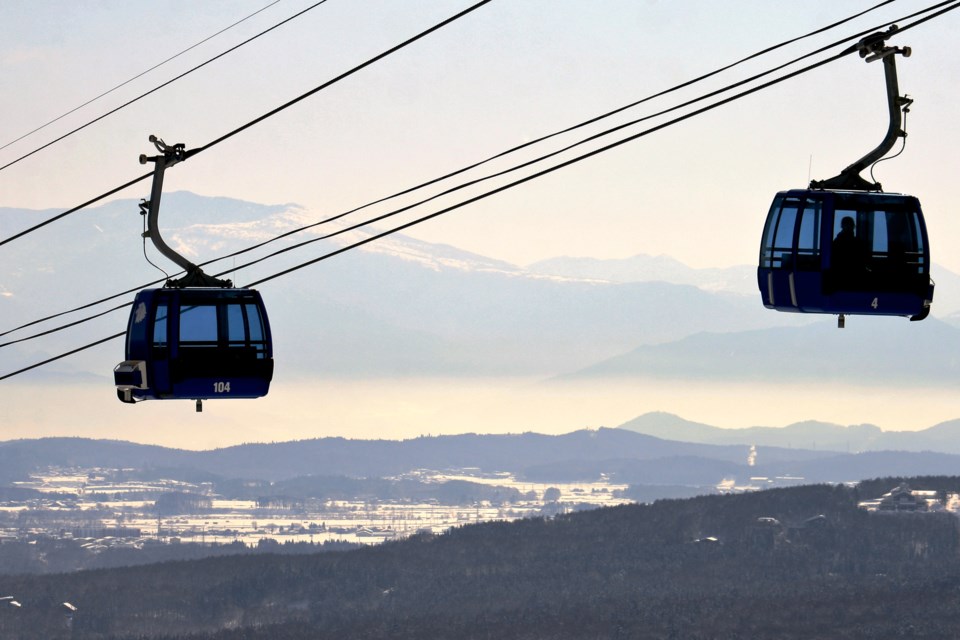 Simon Fraser University president Andrew Petter wants to revisit the idea and make a new case for a gondola to the school.

It was a $120-million plan that would have brought a gondola transit project to Burnaby Mountain. But the idea was eventually scrapped a few years ago in favour of other transit projects around the region, like the Evergreen Line.

Now the head of Simon Fraser University wants to revisit the idea and make a new case for a gondola to the school.

SFU president Andrew Petter discussed the gondola idea during a Q&A at a recent Burnaby Board of Trade AGM.

The NOW reached out to the university to get more details about the president’s thoughts on the plan.

In an email, Petter said the concept of an aerial transit link to Burnaby Mountain has been discussed for years, but there have been renewed calls recently given the increased population of students and staff on Burnaby Mountain as well as the fast-growing residential community.

He suggested students get passed by every day due to long bus lineups at Production Way and on Burnaby Mountain and are becomingly increasingly frustrated.

“The business case developed for TransLink shows the aerial link to be an efficient and reliable alternative to conventional buses, with the economic and social benefits far outweighing the costs,” Petter said.

He also argued there are “significant” environmental benefits to an aerial link over diesel buses.

“If we are able to build a fixed aerial link or ‘sky bus’ as some call it, I can see it becoming as vital to our Metro Vancouver transportation system as the SeaBus, which was considered ‘nice to have’ in the early days but has since become a ‘need to have’ component of our regional transit system,” he said.

The SFU president said in the coming months, the university will be talking about its transportation vision and the case for the gondola with all three levels of government.

It could be a tough sell based on the history of the project.

In 2012, a report made the business case estimated that the capital cost for the gondola project would be $120 million, with annual operating costs of $3 to $3.5 million – in 2011 dollars.

However, at the time, TransLink said the gondola wasn’t a priority.

There was also opposition to the project from residents of Forest Grove, while Mayor Derek Corrigan suggested the gondola was not financially feasible.

The mayors’ council’s 10-year plan noted there are currently 25,000 daily bus trips to and from Burnaby Mountain, and demand is expected to grow by 60 per cent in the next 20 years.

The plan also suggested a high-capacity connection from the mountain to the nearest SkyTrain station may be required, but the initiative requires further investigation and consultation.

“I can advise you that after careful consideration of costs and benefits relative to all the other needs across the region, the Mayors’ Council decided not to commit to a new, fixed rapid transit connection to SFU within the 10-year Vision,” read an email statement to the NOW from TransLink.