It has been almost two decades since Vancouver had an NBA team to cheer for. Now, a Grizzlies superfan wants to bring a team back to the city and is calling on other fans to help her do it.
Oct 15, 2019 2:25 PM By: Elisia Seeber 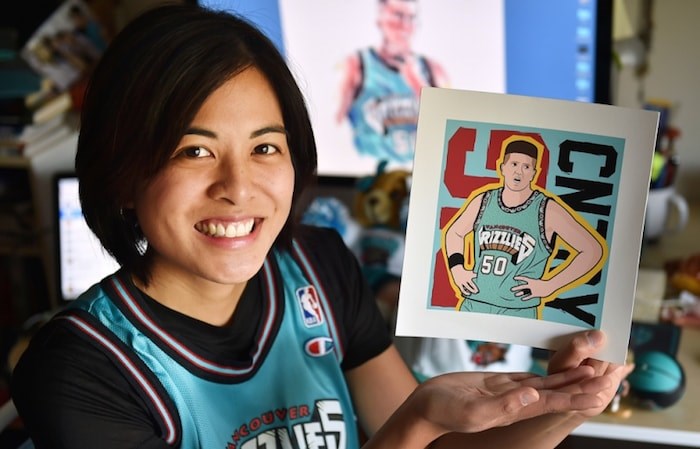 Kat Jayme, the director of the documentary Finding Big Country, has organized a rally to help bring back NBA to Vancouver. File photo by Dan Toulgoet

It has been almost two decades since Vancouver had an NBA team to cheer for.

Now, a Grizzlies superfan wants to bring a team back to the city and is calling on other fans to help her do it. Kat Jayme, the director of the critically acclaimed documentary Finding Big Country, has organized a rally in collaboration with NBA to Vancouver to show just how much they want to #BringBackTheGrizz.

The rally will be held before the preseason game between the Los Angeles Clippers and Dallas Mavericks at Vancouver’s Rogers Arena on Thursday, Oct. 17, near the Roger Neilson Statue at 4:30 p.m.

“We only get one shot at making some noise every year when the NBA is in town,” Jayme told Vancouver Is Awesome.

“We want to try and show the NBA and other investors here in Vancouver that there is a market here, that there is demand for a team and that Vancouver deserves a second shot at this.”

Vancouver said goodbye to the Grizzlies back in 2001, after six seasons, and they moved on to become today’s Memphis Grizzlies.

Jayme’s strong connection to the team, which stems from her childhood, has kept her eager to bring the Grizz back where they truly belong.

“They were a huge part of my childhood, they were my gateway to dreaming,” she said.

“I became a filmmaker with the ultimate dream to make a film that helps bring back the team and starts the movement to do that. That was Finding Big Country.”

Jayme’s documentary depicts her efforts to track down the forgotten legend Bryant "Big Country" Reeves, who was also her childhood hero.

She said, through working on the film, she knew she wasn’t the only one who wanted the team back.

“I’ve met so many other Grizzlies fans and NBA fans that want a team back, and so this is just a way for us all to join forces and try and make as much noise as possible,” Jayme said.

While Jayme has her heart set on bringing the Grizz back home to Vancouver, she said she’d also be happy just to get an NBA team back in the city in general.

“I would be happy with ‘a team’ back but I do want the Grizzlies back,” she said.

Calling all GRIZZLIES fans! Come decked out in your Grizz gear with signs and white rally towels for Vancouver’s first #NBAtoYVR RALLY. Let’s #BringBackTheGrizz and show the NBA how much we want a team back! When? Thursday, October 17th at 4:30pm (before the exhibition game) Where? By the Nielsen Statue at Rogers Arena Thanks to Matthew of nbatovancouver.com for this logo! Checkout this blog and subscribe to get info about how you can be a part of this movement!

Jayme is encouraging fans to make signs and join her in wearing their best Grizzlies gear at the rally.

She hopes a huge crowd will come out and help, “Bring the Grizzlies back!”