If the Burnaby school district’s superintendent and secretary-treasurer ever decide they want to face off in a game of conkers (see rules below), the equipment will always be close at hand once their offices are relocated to a 1913 heritage building
Jan 11, 2019 6:53 AM By: Cornelia Naylor 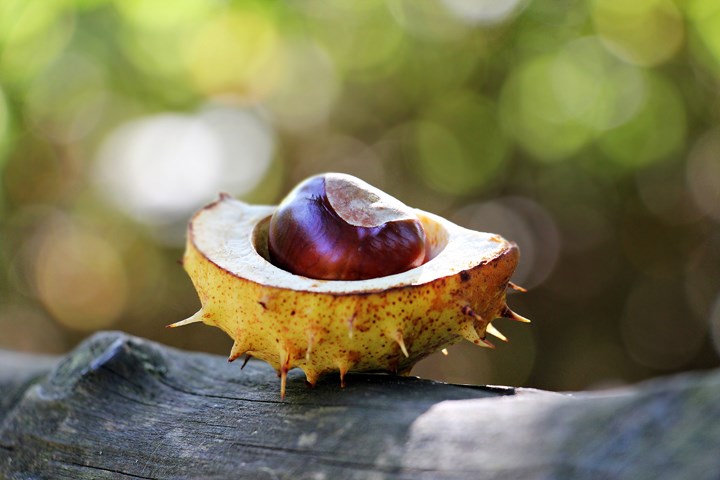 If the Burnaby school district’s superintendent and secretary-treasurer ever decide they want to face off in a game of conkers (see rules below), the equipment will always be close at hand once their offices are relocated to a 1913 heritage building on Canada Way.

By June 2021, the district hopes to build a brand new set of administrative offices at 4041 Canada Way that will incorporate the old Schou Street School building there.

Among the historic features of the site that will be protected and enhanced under the project are a row of horse chestnut trees that once supplied generations of Schou students with shiny brown chestnuts for use as toys and weapons.

The trees were likely planted in the ’20s or ’30s, according to city heritage planner Jim Wolf, as part of an effort to beautify school grounds throughout Burnaby.

Officials chose horse chestnut trees for their hardiness – with little foresight, perhaps, about the uses to which the chestnuts would be put by inventive and mischievous schoolchildren.

“We loved the chestnuts,” said retired Burnaby teacher Janet White, who attended Schou in the early ’50s when she was in Grade 2 and 3. “We threw them at each other and we also put them at the end of a string and they were called conkers and we bonked people with them. I got the strap for throwing one at somebody.”

White remembers swinging chestnuts on strings above her head.

“It made a zzz zzz kind of sound,” she said.

Wolf said local kids were still finding entertaining uses for the chestnuts when he was in elementary school in the 1970s.

“We used to do all sorts of crazy things with them,” he said, explaining how students would connect two of the chestnuts with string.

Today, there are few rows of the historic school trees left in Burnaby, according to Wolf.

The ones by the old Edmonds Junior High School, where he got his chestnuts as a kid, were lost to a street-widening project about 15 years ago.

But that won’t happen to the trees at Schou.

They will get legal protection before work starts on the new administration offices.

Final rezoning won’t be approved by city council until a heritage revitalization agreement and heritage bylaw for the site are in place.

Toward that end, a consultant has inspected the site and poked through old drawings and archival photos as part of a detailed heritage assessment and heritage conservation plan.

Along with the horse chestnut trees, the assessment identified the front entry, porch and stairs of the old school as key historic features.

The exterior stucco, meanwhile, will be stripped to make way for cedar shingles more consistent with the school’s original siding.

The project will also see a cupola, like the one removed from the school’s roof in the 1950s, rebuilt and replaced.

“The cupola was a distinctive feature of earlier Burnaby schools during this period. This is one of the oldest school buildings that survived in Burnaby,” Wolf said.

He expects the project will result in a unique and iconic building connecting the district to its roots.

The rules of conkers

In a game of conkers, two players, each with a “conker” (horse chestnut) threaded on a piece of string or shoelace, take turns hitting each other's chestnut until there is only one left hanging.