How MetroLyrics made a millionaire

Milun Tesovic isn’t flashy, rude or uptight – rather, the 28-year-old is laidback, casual and humble. He’s not your stereotypical self-made wealthy entrepreneur.
May 30, 2014 1:51 PM By: Jacob Zinn 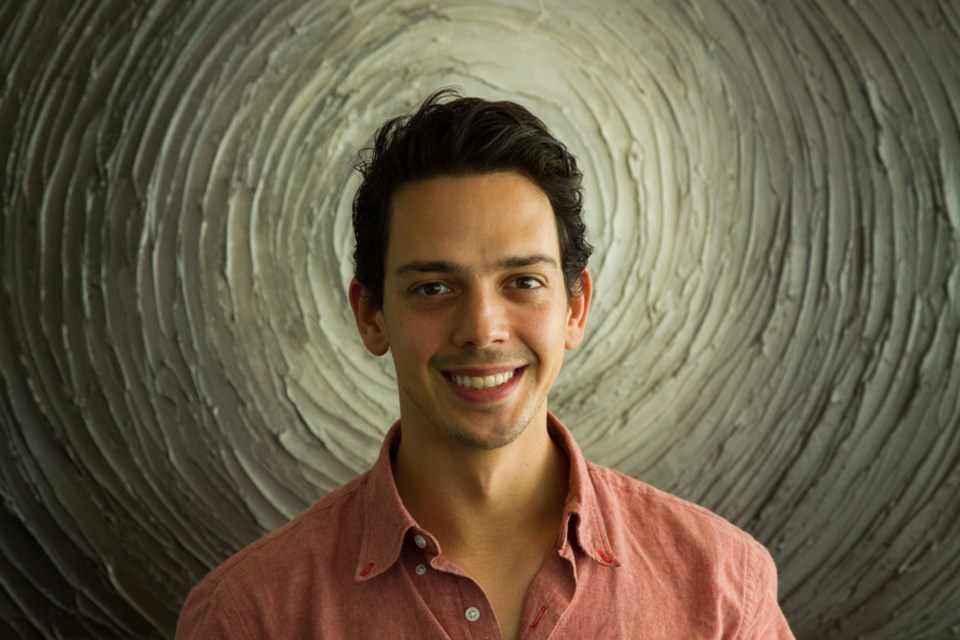 Milun Tesovic sold his startup businees, MetroLyrics, when he was in his mid 20s. Now the young millionaire helps other startups, both local and international, build their businesses and break into the markets of various industries, including technology, music and food.Jacob Zinn

Milun Tesovic isn’t flashy, rude or uptight – rather, the 28-year-old is laidback, casual and humble.

Whether or not he knew it at the time, Tesovic’s knack for business stems to when he was a teenager in Burnaby coding websites. At 16, he created MetroLyrics, a site where he would post the correct lyrics to songs that were widely misheard. (“Excuse me while I kiss this guy,” anyone?)

“It got started as a passion project,” said Tesovic. “Eventually, the revenue model came after that.”

As more people visited his site, the young coder start putting up ads, which generated considerably more revenue than the average minimum-wage retail position that most of his peers were doing. It wasn’t long before Tesovic needed a business partner, which he found in Alan Juristovski, a family friend whose daughter was close friends with Tesovic’s sister.

“Over the years, as I was working on different startups and different hobbies, he was helping mentor me,” said Tesovic. “He made an offer to come on board as a partner – it was a great offer, I welcomed his experience and that’s how we got going.”

Despite having a profitable website, Tesovic recognized the value of a formal education and earned his Bachelor of Business Administration in Entrepreneurship at SFU while running MetroLyrics with Jurisotvski.

“Education is a framework of thinking rather than a knowledge base for me,” he said. “The professors and the school did a great job in terms of giving me the tools that I needed to structure how I think about problems.

“We had a lot of challenges working in the music industry, and it was through the help of my business partner and the community and the team that really made up MetroLyrics.”

MetroLyrics became a company in 2008, and it was only another three years before CBS Interactive Music Group bought the site for, as Tesovic once put it, “well into eight figures.”

“We had offers coming in basically every month for a few years before we sold it,” he said. “I think a year into business, we got offered $1.5 million. I was 22 or 23 at the time, still in university, and turning down such a large sum of money was very difficult. But obviously, it worked out much better.”

Tesovic said they waited until the site tipped 50 million unique visitors and they had accomplished most of their vision for MetroLyrics.

But even with so much money at his disposal, Tesovic isn’t the type to spend lavishly or buy things he doesn’t need. He credits that modest attitude and his entrepreneurial spirit to his upbringing, dating back to when his family emigrated from wartorn Yugoslavia in 1994.

“When we originally came to Canada, we didn’t have any money, and I feel like that might have created some ambition, but also I was just very passionate about working online,” he said. “As a non-privileged teenager, it was basically the only thing you can do. I liked the fact that you could move quickly, test ideas quickly, make an impact and it took no cost to get started.

“I think a lot of it just came very early on – not the idea of entrepreneurship, but the idea of doing what you love and then you can figure out a revenue stream after.”

Tesovic also learned a lot from Juristovski, whose health took a turn for the worse about six months after selling the company. Juristovski was diagnosed with Stage 4 lung cancer and passed away on Nov. 22, 2013.

“He was still a young guy, 50 years old, a great mentor,” said Tesovic. “It took a hard impact on the team and everybody who knew him.

“Even when we were going through the tough times, he was always a solid rock who would always help guide us out. He always had the right values and morals, and just taught everybody around him to be honest, hardworking and respect everybody around them.”

Similar to how Juristovski brought his business knowledge and insight to MetroLyrics, Tesovic now advises a number of local startups based on his experience, and has made investments in companies in the Lower Mainland and internationally. He keeps some of those investments private, but divulged he has a hand in a variety of industries.

“What I’m passionate about is building up a company and solving issues that people have in their everyday lives,” he said. “Whether or not it’s in food, variables, online tech, music, it doesn’t really matter. It’s more about whether or not I can relate to the product.”

Looking back, Tesovic said he never pictured a lyrics website to get as big as it did, but noted it didn’t happen overnight. But despite all the stresses that came with building the most comprehensive database of accurate song lyrics on the internet, he wouldn’t trade them for anything.

“I would absolutely do it again, and I’m trying to think every single day about how I could do something like that again.”