A North Burnaby couple have an extra half-million dollars to work with this Christmas after a big Lotto 6/49 win last month.
Dec 11, 2019 8:15 AM By: Staff Writer 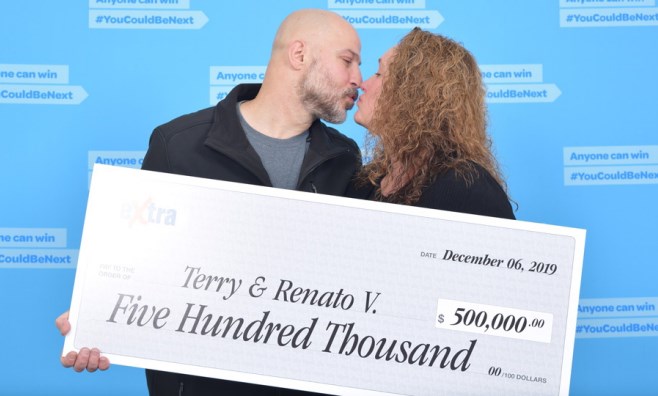 A North Burnaby couple have an extra half-million dollars to work with this Christmas after a big Lotto 6/49 win last month.

Terry Lynne Vincelli couldn’t believe her eyes when she scanned a bunch of tickets she’d bought and one came up a $500,000 winner.

“I looked at the ticket and scanned it over again…and then I started crying,” she said in a B.C. Lottery Corporation press release.

Terry Lynne and her husband Renato Vincelli had matched all four Extra numbers on a ticket they’d bought at the Centennial Town Pantry on East Hastings Street for the Nov. 6, Lotto 6/49 draw.

Since finding out about their win, the Vincellis have been making a list of which dreams they plan to make come true, according to the press release.

Terry Lynne favours a family trip to Europe, while Renato is thinking of a new garage, the press release said.

“It’s once in a lifetime,” Terry Lynne said. “It’s surreal; I’m unable to process it.”