ICBC lawsuit could have been settled for thousands less: lawyer

ICBC could have saved thousands of dollars in a settlement before a judge awarded a woman nearly $400,000 in a malicious prosecution lawsuit.
Mar 3, 2016 4:44 PM By: Jeremy Deutsch 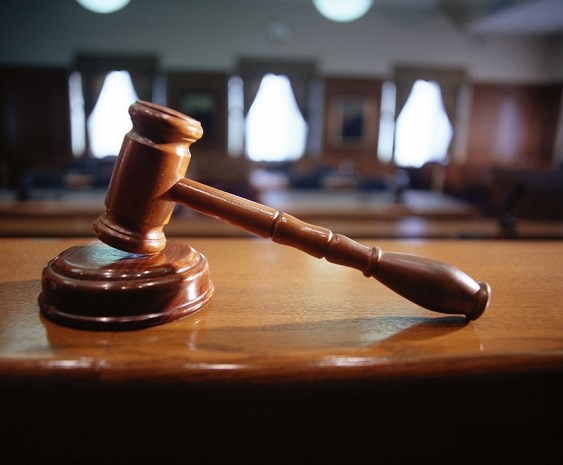 Thomas Harding, the lawyer for a former Burnaby resident who successfully sued ICBC for malicious prosecution, told the NOW his client was prepared to take a $10,000 settlement offer in 2013, but the offer was taken away.

ICBC could have saved thousands of dollars in a settlement before a judge awarded a woman nearly $400,000 in a malicious prosecution lawsuit.

That’s the revelation from the lawyer for Danica Arsenovski, a former Burnaby resident who successfully sued and won a recent judgement for malicious prosecution against the insurance corporation and a pair of employees.

Arsenovski’s lawyer Thomas Harding, with Trial Lawyers Advocacy Group, told the NOWhis client was prepared to take a $10,000 settlement offer from ICBC in 2013, but the offer was taken away, which landed the two sides in court over that offer in 2014.

According to court documents, ICBC offered Arsenovski the $10,000 settlement in 2011, which began a back and forth between the two sides.

After a $20,000 counter offer by Arsenovski was rejected by ICBC in July of 2013, she accepted the first offer of $10,000, but it was pulled off the table, replaced by a second ICBC offer, which was to dismiss for a waiver of costs.

The two sides went to court, but a judge sided with ICBC noting the second offer from the Crown corporation cancelled the first offer of $10,000.

This week, a B.C Supreme Court judge ruled in favour of Arsenovski and awarded her nearly $400,000 in damages, including $350,000 in punitive damages and another $30,000 for emotional distress.

Harding, who hasn’t spoken to his client about the decision, said the suit was always about Arsenovski clearing her name.

“It couldn’t have been about the money for Danica, because she would have went away for $10,000,” he said.

The lawyer blasted ICBC for wasting money when they could have settled out of court.

“Whatever this was, it cost them [ICBC] far, far more to do the trial… it probably cost them more for a day of trial than the settlement,” Harding said.

The case goes back to 2000, not long after Arsenovski and her husband arrived in Canada from the former Yugoslavia. Both in their 50s, Arsenovski didn’t speak English.

The couple were coming home from an English class on Jan. 31, when they were hit by a car while trying to cross the street at Nelson Avenue and Imperial Street.

Court heard they were encouraged to report the accident to ICBC, which they did using a friend as a translator.

After signing an initial statement, the case was referred Gregory Bodin, an adjuster with ICBC’s bodily injury claims investigation team, and John Gould, who was with ICBC’s special investigations unit.

The two men are also named in the lawsuit.

But court found there were “significant inaccuracies” in the narrative portion of Gould’s report to Crown, and on the day the trail started in 2001, the charges were stayed.

Asrenovski then sued the defendants for malicious prosecution, claiming ICBC, its adjusters and investigators misstated evidence to support the criminal charges against her.

In her reasons for judgement, Justice Susan Griffin offered a scathing analysis of the conduct of ICBC and the two employees.

“Not only were the public resources of ICBC wasted by the malicious prosecution of Mrs. Arsenovski, it was foreseeable that this would lead to wasting of the public resources of Crown counsel and judicial resources on the day the case came to trial,” she wrote in her 80-page decision. “Mr. Gould also encouraged other public agencies to take action against her without reasonable grounds to do so, namely health and immigration authorities. The wasting of such public resources to so vindictively pursue Mrs. Arsenovski is deserving of the highest level of condemnation.”

The judge went on to write: “There was a vast gulf in the status of the parties when the malicious prosecution occurred. Mrs. Arsenovski was a vulnerable new arrival to Canada, with a poor grasp of the English language and little confidence and without a safe home country to return to. Her husband, who was her lifeline in this country, had just been hit by a car. Meanwhile ICBC was a Crown corporation with significant resources, and Mr. Gould was a person with a long history as a police officer. The power differential made the abuse of power and authority by Mr. Gould on behalf of ICBC all the more significant.

Griffin also wrote:  “There has been no hint in the evidence that ICBC apologized for its conduct or has taken steps to separate the close working relationship between SIU and civil adjusters or that it has imposed any measures to ensure that more objectivity and neutrality will be brought to bear on the use of police powers by ICBC employees than what was shown in this case.”

Burnaby Deer Lake MLA Kathy Corrigan called the details of the case “troubling”, adding investigators and ICBC generally are supposed to be protecting the best interest of the public.

“It seems like she was treated abysmally by ICBC, all to try to avoid a civil claim for damages,” she said, adding she hopes it’s not the culture at the insurance corporation. “If the suggestion is that there is a culture of persecution in order to avoid civil liability, that is really concerning.”

Corrigan noted the cost of the case to taxpayers, at a time when ICBC is looking for a rate increase in part because of fraud cases.

Meanwhile, Harding believes his client will be pleased by the decision, pointing out Arsenovski lived in fear for years following the ICBC investigation.

He suggested, while Arsenovski’s case was extreme, ICBC’s use of investigators as a “weapon of intimidation” has gone on for a long time.

“I’m hoping this will affect change but I doubt that it will,” Harding said.

“They think they are above the law.”