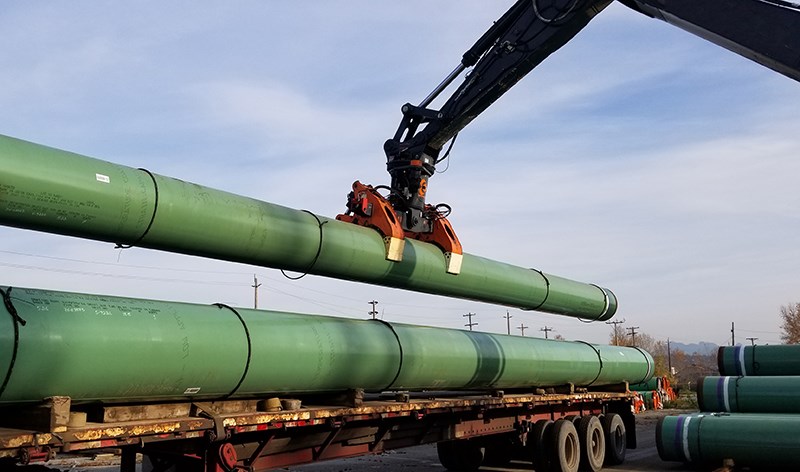 This week the Trans Mountain Expansion Project announced an “immediate return to work” now that the project has been re-approved, giving contractors 30 days to mobilize equipment and commence the process of hiring workers, procuring goods and services, and developing detailed construction work plans. The city of Coquitlam is monitoring the work closely because some of the pipeline will be dug under city streets in the Pacific Reach industrial park.Trans Mountain

The news comes nearly a year after a petition calling on the pipeline’s largest insurer, Zurich Insurance Group, along with 26 other insurers for the project, to drop Trans Mountain.

That petition was organized by a coalition of 32 groups, including Stand.earth, but Zurich had declined at the time to drop its policy with the pipeline.

Now, as the project gains steam with the courts effectively settled on the approval of the project, Talanx is dropping its insurance policy with the Trans Mountain pipeline, according to Stand.earth.

The Vancouver-based NGO said in a news release it received confirmation from Talanx by email.

“As a matter of principle, Talanx no longer invests in companies that derive more than 25% of their revenue or generate more than 25% of their power from coal. In addition, oil sands have been added to the list of exclusion criteria for both investments and underwriting,” reads the insurer’s email to Stand.earth, quoted in a news release.

Munich Re is also expected to drop its coverage of Trans Mountain, according to Stand.earth, which also received Munich Re’s decision by email:

“Munich Re has a policy on oils sands in place, covering both investments and insurance. We no longer insure the extraction of oil sands or related dedicated infrastructure on a single risk basis. And we do not invest in companies that generate >10% of their revenue from oil sands extraction.”

Stand.earth called the pipeline a “litmus test” for insurance providers’ commitment to the Paris Agreement targets to hold global warming to 1.5 C over pre-industrial levels.

“Talanx and Munich Re are joining some of the world’s largest financial institutions in steering clear of the oil sands sector,” said Sven Biggs, Canadian oil and gas programs director at Stand.earth. “This is not the time to be insuring, or even trying to build, a pipeline like this that threatens our climate, the health and wellbeing of communities from Edmonton to Vancouver, and with each passing day makes less and less economic sense.”

Stand.earth said the move by Talanx and Munich Re could set a precedent for other insurance companies to follow.

The news comes the same week as the Supreme Court of Canada decided not to hear an appeal from a group of B.C. First Nations – the Tsleil-Waututh Nation, Squamish Nation and Coldwater Indian Band.

The trio had succeeded in 2018 in its case in the Federal Court of Appeal, which found the federal government had not adequately consulted the Indigenous communities.

However, earlier this year the same court rejected a similar challenge by the group, determining the federal government had adequately consulted the communities in its second attempt.

The three communities appealed the decision to the highest court in the country, which decided this week not to hear the case, effectively quashing the nations’ legal cases against the pipeline.